A blueprint for the digital future

The digital revolution has already happened, and we are living in the aftermath.

The scale of change that has taken place – in how people choose to communicate, watch TV, learn, bank, shop and organise their lives – is as significant, and as far-reaching, as the industrial revolution. And it’s not over yet. The pace of technology-fuelled change is still accelerating.

The New Reality – a free report on how digital technology is driving change in the non-profit sector – looks at how charities can best tackle the challenges that lie ahead. Based on in-depth interviews with over 50 senior figures both inside and outside the sector, including Baroness Martha Lane Fox, British Heart Foundation CEO Simon Gillespie and British Library CEO Roly Keating, the study finds that:

Unfortunately there’s no magic wand to wave which can create digital transformation overnight. This is a journey with multiple potential paths, and some serious challenges. Some organisations have already made significant progress. Others are uncertain about where to begin.

Other key insights from the study include:

1. Digital services will deliver greater value than anyone can imagine (but first we need to address the culture and infrastructure issues that are standing in the way)

The use of technology to deliver social value is still in its infancy, yet examples given reveal an already staggering level of impact: from emergency health information delivered on WhatsApp to low cost, 3D-printed, prosthetic limbs for landmine victims. To realise the full potential of ideas like these, the change inside organisations will need to be as far reaching as those we see on the outside.

2. You don’t need a digital strategy

When organisations first started to develop digital strategies it was a clear sign of progress. However increasingly this separation from the central mission reinforces a perception that digital is just another department with its own goals, rather than an enabler for all. Instead we need central organisational strategies that weave technology throughout everything – for every department, and for all audience groups.

3. A tried and tested process for delivering transformation already exists – it’s just not being used

Start small: pick one problem and put enough effort into transforming that one area through a lean, iterative approach. Learn from that and move on to the next thing. A huge number of contributors were advocates of this prototype-test-iterate process for transforming operations, but few had managed to get their organisations to adopt it at scale.

4. The next stage of digital for non-profits is not fundraising and marketing

Efforts and successes in digital to date have largely been focused on digital marketing and fundraising. Whilst these have been – and continue to be – valuable, the focus now needs to be on how digital technology can transform organisations around their core mission. This may mean moving digital teams away from these directorates in order to grow digital expertise across the board.

5. We need to think beyond web to a broad range of digital technologies to achieve maximum impact

The Government Digital Service has already demonstrated the value of reinventing information, advice and transactional services via the web. There is huge potential in web-based services for non-profits too but an even bigger opportunity exists if we can bring together the best of the web’s capabilities with other technology services from sensors and trackers to wearables and AI. 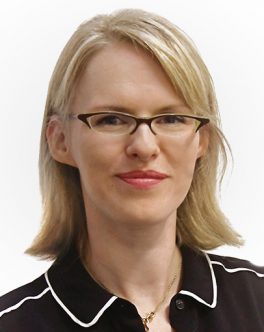 Julie is a digital strategy consultant who specialises in helping non-profit organisations use digital technology to deliver social value.

In a past life she was a creative director at the BBC and at the UK's top independent agency Zone. She's made some fairly well known digital products over the years, and has a deep love of finding out what makes audiences tick.