I write emails for a living with SumOfUs, a world-wide member-driven movement for a better global economy. More specifically, I write emails asking people to take action in solidarity with workers around the world, to stand up against corporate abuses of power, and to donate to support progressive movements.

In my work, I’ve seen how powerful words and images are – they bring people together, motivate them to get behind a cause and can shape their views. Words matter, and that’s why it’s important for us to think about how we represent the people who feature in our case studies, fundraising appeals and supporter care communications.

When you write about people who are different from you, how often do you think about how they want to be described? I believe we have a responsibility to talk about people in the way they wish to be represented and consider the impact of our own bias when we write on behalf of other people. Actively reviewing our communications helps us avoid language that can be, often unintentionally, harmful.

A couple of years ago, in an email urging fashion retailers to drop angora fur (save the bunnies!) I used the phrase ‘falling on deaf ears’. Shortly afterwards I received this email from the National Deaf Children’s Society:

What implication lies behind this old, out dated phrase? That telling a deaf person about the plight of rabbits, they wouldn’t understand, wouldn’t be able to communicate, wouldn’t care? Deafness is not a learning disability. I just want to express my frustration and disappointment in an organisation that is clearly working for the benefit of others, without realising in their message they are stigmatising a minority. I hope you succeed massively with this campaign, I really do. But please, remember to write in an inclusive manner.

I was schooled. I considered myself to be pretty brushed up on anti-oppressive language but here I was using an ableist phrase without a second thought.

We all have a choice about the language we use. Do we use language the public has been primed to respond to, or do we support the use of language which empowers the people we support? These questions lead me to start working on a progressive style guide, that would help guide fellow campaigners and writers in the progressive movement on using inclusive language.

It’s been two years in the making, existing as a public Google doc for most of that time until an incredible editor, Anna Hirsch, got in touch. She devoted some time to making it into a challenging, educational, inspirational 38 page guide (with references!).

The guide is intended to be a movement-wide resource, a guide to language that can help, not harm us in our progressive work. At the same time, we know that language is always evolving. The guide as it stands is a snapshot in time, and will become out of date fairly quickly. That’s why we’re interested in keeping it a living document and would love to hear from people who would be keen in contributing to future iterations.

In the meantime, please read, share and commit to a shared language that continues to build power.

*This article was adapted with permission from Hanna’s post on Medium. You can read the original article here. 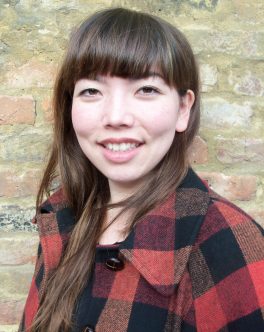 Hanna is a campaign manager at SumOfUs, a world-wide movement working towards a better global economy.