A toast to rebranding at Brand Breakfast

Brand Breakfasts on ‘rebranding’ are always popular and this one was no different, with presentations from SSAFA, Stroke Association and Friends of the Earth. We also had plenty of humour, honesty and swearing! Here are the highlights.

Athol Hendry, director of communications and marketing at SSAFA, spoke about his passion for engaging volunteers in branding, which is essential when you have 7,503 of them spread across 92 branches.

SSAFA was established by Major James Gildea in 1885 with the responsibility to care for the wives and families of soldiers and sailors. Before the ‘brand development project’ (named as such so not to scare volunteers off by a ‘rebrand’) SSAFA had become one of the military’s best kept secrets. It was lost in a crowded marketplace of red, white and blue where Help for Heroes had quickly taken centre stage.

Athol explained how the then ‘SSAFA Forces Help’ went through a four stage process with volunteer involvement every step of the way via workshops and regional briefings, including a pack with a brand booklet and memory stick for everyone. There was a brand review which looked at the Context, Competition, Customers and Charity as it stood. This was followed by agreeing a brand position with ‘family support’ at its heart. Next came the thorny issue of the name and strapline, followed by a new visual and verbal identity.

There were those who wanted to know why they couldn’t simply change their name to Help for Heroes, but research demonstrated a name change was a risk. SSAFA Forces Help was the most trusted brand in the Charity Brand Index in 2012 and 75% of supporters were against name change. “If you change your name we’ll still call you SSAFA,” said one volunteer. So the name was shortened to just SSAFA with the accompanying strapline ‘Lifelong support for our Forces and their families’ for explanation.

Getting buy-in from SSAFA’s traditional supporters wasn’t always plain sailing: one volunteer declared that if he embraced the new verbal identity and talked in a ‘direct, warm and passionate’ way at his age, he might get arrested! Having the charity’s patron onside was very helpful: should anyone criticise the change of brand, Athol can simply say “well, the Queen likes it.”.

Rachel Bhageerutty, head of brand and internal communications at the Stroke Association was refreshingly honest on her last day in post before taking up an exciting new position at The Brooke.
Rachel not only explained the process the charity has been though to develop its brand, but also what they would have done differently so that everyone could learn from their experience.

Rachel’s main advice was to ensure that fundraising is part of the process. Your brand story should include a fundraising case for support and you should test your brand development with ‘”a new universe of donors”, as well as existing audiences.

One of the most striking parts of the Stoke story is its new visual identity which offers the flexibility to communicate Support, Research and Campaigning within a coherent framework. It’s made up of distinctive paint brushstrokes and a complimentary bespoke typeface to make the brand instantly recognisable.

The importance of investing in internal engagement again shone through. With no budget for above-the-line advertising, this was a brand taken to market through people power. There was a nine month programme of staff engagement (costing “a worthwhile £60,000”) and an awareness month. This was made up of staff conferences, Dragons’ Den-style challenges and a “purple wins prizes” competition to get everyone into the spirit of the brand, all combined with the tools to empower them to embrace and use the brand in practice, much like SSAFA.

Rachel gave herself and the Stroke Association a tough critique but the brand metrics are very impressive, and stood out among the entries for the upcoming Third Sector Excellence Awards.

Friends of the Earth

Glen Colegate, is creative director at Friends of the Earth, having joined the charity sector after 20 years in agencies. The thrust of his presentation was whether a charity can manage a rebrand in-house. Although it’s a massive task and not one for the faint hearted “yes they can” he declared, as long as you have the right expertise in place.

Friends of the Earth pulled in trusted experts to establish a ‘virtual agency’ including planning, creative and some of Glen’s old agency mates. They met every couple of weeks to develop ideas in small groups and pairs, and between them they arrived at 10 brand positioning options ready for testing.

The old brand was seen as lefty, shouty and banner waving, dominated by eco-fundamentalists and very, very green in appearance according to Glen. The new positioning ‘See things differently’ is much less preachy and based on positive practical solutions that everyone can engage with, without crazy demands to give up your car or live in grass huts.

The new visual identity is made up of four bright colours to keep it upbeat and optimistic. The ‘bagel’ in the logo has remained for continuity but a bespoke typeface has been added, much like the Stroke Association.

Glen shared how the vibrant flexible identity can work across a number of themes and campaigns at any one time from smart phones to energy and bees. The Bee Cause in particular has been Friends of the Earth’s most successful single campaign for 20 years, engaging people in practical conservation through bee saving kits and campaigning to ban the use of pesticides that put bees at risk. The campaign has seen Friends of the Earth leapfrog Greenpeace in awareness and has contributed to rises in both cash and individual giving.

The Bee Cause made me see Friends of the Earth differently, so the brand refresh has done its job. This was another stand-out Third Sector Excellence Award entry in my book.

Glen’s maverick approach was as refreshing as Rachel’s honesty and Athol’s humour. Highlights of his presentation included a spoof video of two robots engaging in a client agency relationship with a barrage of swearing for good measure, and Friend’s of the Earth’s successful viral ‘Hot Date’ video which may encourage you to re-evaluate the dating game as well as just their brand.

Find out how investing in your brand and aligning it with every aspect of your corporate strategy can help build a strong organisation for the future at CharityComms’ Brand development conference, 24 October. 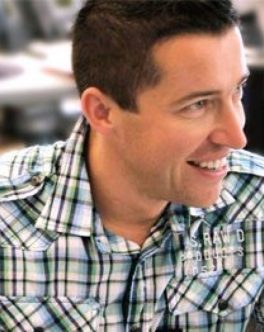