Following a CharityComms conference, Ruth Richards, head of communications and marketing at Mind, helped put together her charity’s crisis response plan. It helped Mind reach more people with messages about mental health than ever before when actor Robin Williams died. “I went to the CharityComms conference on ‘Keeping your reputation spotless’ in May 2014 with […] 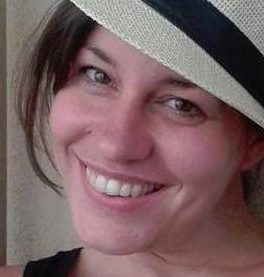 It helped Mind reach more people with messages about mental health than ever before when actor Robin Williams died.

“I went to the CharityComms conference on ‘Keeping your reputation spotless’ in May 2014 with our head of media and media relations manager. We were interested in hearing more about managing and measuring reputation, and wanted to see if we could learn anything from what other charities were doing.

At the event, I attended sessions from the British Heart Foundation and Action for Children on how they prepared for and managed potentially challenging situations. We realised that most of our processes for managing unexpected events and crises lived in our heads, and we needed to write them down.

So after the conference, the three of us, along with our digital communications manager, worked up a crisis response plan. We identified who needed to be involved and when, across media, digital and internal comms, including working alongside our anti-stigma campaign Time to Change (which we run in partnership with Rethink Mental Illness). We identified a response plan for issues classified as red, amber and green and put together a flowchart describing what we would do, who would be involved, and who would need to be informed. We also planned how we would respond to exceptional events that demand a response from us, but weren’t generated by, or about us.

In August 2014, just two weeks after we’d finished writing the plan, actor Robin Williams died. The shock of such a well-loved figure taking their own life opened up a chance to talk about mental health – and for us to stress that people shouldn’t be afraid to ask for help if they’re struggling.

We were able to respond quickly and consistently because we’d been to the CharityComms conference and had a plan. It was a case of everyone following a procedure rather than getting together and saying ‘What do we need to do now?’

It was known that Robin Williams was living with depression and there was a lot of speculation about his suicide so we made a statement about his death which was used in lots of coverage. We had media spokespeople lined up and social media messages agreed. The following day, the story developed as we put out a statement criticising the insensitive and detailed reporting of his suicide. By the third day, someone from Secret Cinema got in touch to say they were organising a tribute screening of Dead Poet’s Society and that they wanted to do this in aid of Mind.

That week, we reached more people than we ever had before. We featured in 242 broadcast interviews and over 100 print and online articles. The day after the actor died, our website visits were four times the norm, and visitors to the Time to Change site were about five times more. Our social media messages also got the tone right. We reached 1.5 million people with a Facebook post featuring an image saying ‘It’s okay to ask for help’.

If we hadn’t written our response plan following the conference, it would have taken that little bit longer to agree and coordinate our activity. This might have meant we’d missed opportunities to reach people with important messages about mental health. CharityComms conferences are opportunities to take time out of your daily routine to look at things from a different perspective and identify steps you can take to make things just that bit better.”

Find out more about what you can learn at our conferences.