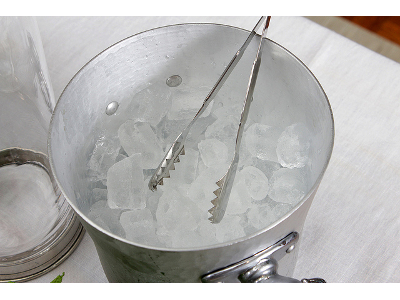 One of the main things I’ve learnt from the Ice Bucket Challenge is that many of my Facebook friends do not own an ice bucket. They’ve got washing up bowls and bins, but not ice buckets. It’s made me question whether I hang around with enough people who throw cocktail parties.

Other than worrying about the state of my friends’ social lives it’s also made me wonder about awareness.

Awareness: NOUN – Knowledge or perception of a situation or fact

We always hear plenty about the sums of money raised when these things take off but do they really achieve anything other than that? A large number of people on my Facebook have uploaded videos and nominated other people but haven’t mentioned anything to do with a charity.

I got in touch with Claire McArthur, digital media manager at Motor Neurone Disease Association and asked for some stats.

On Saturday they were mentioned in 1,000 tweets an hour compared with around 30 on a normal Saturday.

What’s that I hear at the back? Slacktivism? I thought that might come up, and maybe you have a point, but in these two weeks the number of visitors to http://www.mndassociation.org increased by nearly 300,000. Well over a quarter of a million more people than usual have visited their website.

In an ideal world each of those new visitors will have committed to donate every month and would have signed up for their e-newsletter, however, we don’t live in an ideal world. Does that take away from the fact that a considerable number of people who didn’t know what Motor Neurone Disease is, now do?

Talking of awareness, I now know that Paul Chuckle is mates with Anthony Costa from Blue.