Barts and The London NHS Trust: what makes our PR team award-worthy 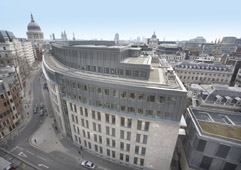 What makes your department so strong?

The twelve-strong communications team is responsible for the reputation management of three world-renowned hospitals: Barts in The City, The Royal London in Whitechapel and The London Chest in Bethnal Green.

We focus on strategic priorities to avoid spreading ourselves too thinly, and draw on the strengths of individual team members and different communication channels to get to our target audiences with clear, consistent and coherent messaging delivered in a compelling way.

Are there any specific initiatives you think may have contributed to your nomination?

Wherever possible we measure our impact on actual behaviour, but in this case, national public awareness was a more appropriate metric. We benchmarked the public’s association of Barts with excellence in cancer care nationally before the campaign and then after.

Following the campaign, the association of Barts with excellence in cancer care had jumped by 6% relative to our benchmark. In addition, the patient, GP and staff communications campaign relating to the move was also successful: telephone surveys of staff established a high level of awareness and understanding prior to the move, and the move itself went smoothly.

These results represent a high ROI, given the campaign’s limited non-pay budget of £25k from the NHS, augmented by a further £50k from partner organisations.

What did the external communications campaign involve?

What are your three top tips for other non-profits looking to improve their PR?

At Barts we use audience insight to help us change attitudes and behaviour whenever we can. If we don’t have a research budget, we organise our own focus groups. For example, we used focus group research undertaken by our healthcare partners in NHS Tower Hamlets to inform a major campaign to improve the uptake of breast screening in the borough.

There are certain behavioural norms that we can tap into that can help us to frame key messages in ways that will be more influential with our target audiences. As a team we are using behavioural science increasingly, particularly in our social marketing campaigns.

Psychologists also tell us that people like stories and use them as a frame of reference to help them make sense of the world. We’ve found that story-telling is a powerful method to hold attention, make messages more memorable and get people to think differently about things.

The theory of social proof tells us that we tend to like to do what others are doing. Being different is risky and the public sector is particularly risk averse. This can protect reputations, but it can also inhibit innovation. Likewise, established best practice can become a tyranny that suppresses new and even better ideas.

At Barts we try to make a virtue out of necessity by looking for creative ways to get the most from our small non-pay budgets. Value for money is always important, but for non profits right now we all know we have a strong obligation to make the most of every pound we spend. Creativity and lateral thinking can help.

Susan joined Barts and The London in July 2003. An award-winning PR professional, she has specialised in challenging reputation and issues management roles. Previously she was Head of Special Projects for airports group, BAA plc.