Bringing #GivingTuesday to the UK 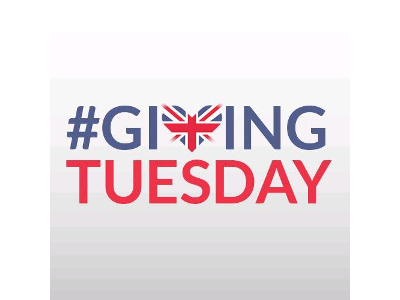 Trying to change people’s behaviour and nudge upwards the trend of public giving in the UK is one of the main comms challenges we face at CAF.

All the research suggests that public giving in the UK remains pretty stable over the years,  which is a fantastic story of resilience and enduring trust and support for charities. But it also means it's a difficult thing to increase overall.

So when we looked at the rapidly growing reach of the #GivingTuesday campaign in the States we thought it had the potential to dovetail really well with our mission to encourage giving to all charities, regardless of their cause.

#GivingTuesday launched in the US in December 2012, with the idea to create a day of giving as a contrast to the Black Friday and Cyber Monday sales after Thanksgiving. Of course, we don’t have Thanksgiving, and the autumn is already packed with fundraisers in the run-up to Christmas. So, why would this be an attractive prospect to people over here?

One reason is its sheer reach around the world. Last year’s #GivingTuesday in America received over half a million tweets mentioning the campaign in the month leading up to the day. On the day itself, up to 700 tweets a minute brought the hashtag #GivingTuesday to the top of the trending lists for 10 hours straight – reaching two billion people and reaching countries like Australia and Singapore. What a great opportunity to get more people involved in giving.

Although the real heart of #GivingTuesday isn't in the statistics. It's in the stories and the sharing – the sense of community it creates, and the pride in giving to your favourite cause. Not only can social media campaigning raise millions of pounds, but it can bring new attention and awareness to small, often overlooked charities.

That's what the campaign is all about. We want everyone – whether a charity, a business, a community group, or even a single person – to share what it is that makes them give.

Naturally, many charities want a commitment to longer term giving rather than a one-off day of donations, which is why we made an early decision to emphasise the idea of making a lasting commitment with our partners.

#GivingTuesday isn’t a campaign in the normal sense of the word. It’s not there to promote CAF or any particular cause. It only exists to enhance the efforts others are making – it’s all about the partners. Any charity, large or small can hang a fundraiser or volunteer drive on this day. Any business can use it to boost their charitable efforts.

We are now only two months away. We want to share #GivingTuesday and help people become part of a growing global movement. New partners are signing up at a great rate, and we already have some great businesses and charities taking part.

Ben has a long background as a journalist. He was political correspondent for The Independent for many years and latterly was elected Secretary of the Parliamentary Press Gallery by the Westminster press corps.

He has also worked in communications for the Local Government Association and before joining us was Head of Media and Corporate Communciations at the Specialist Schools and Academies Trust, a national education charity.