2020; a year we never expected and most certainly will never forget. Like most, we entered the year with a clear plan. A strategy centred around the continued rollout of our ‘Rescue Is Our Favourite Breed’ campaign aimed at repositioning rescue animals from sad and damaged, to the loveable pets that we know they are.

Yet as we reached March, a lot changed. Lockdown shook our daily routines, forcing us to adapt how we lived, worked, and passed our time. With our world suddenly limited to our four walls, entertainment became a central part of our lives. TV viewing increased and 45% of people devoted more time to social media, with users ten times more likely to create and upload content. Aside from news updates, funny videos and memes dominated online activity. We craved joy, escapism, and light-hearted relief; and our pets stepped up!

At Battersea, it had become increasingly important to remind the public of our cause. Like many others within the sector, we were forced to postpone and cancel vital fundraising events. We knew that it was crucial to ensure that Battersea and rescue remained front of mind. However, we needed to do so in a way that was mindful of the times. We quickly took stock and adapted our approach.

Here are our takeaways from adapting our #RescueIsOurFavouriteBreed campaign:

From personal experience and speaking to supporters, we were aware of the heroic role rescue dogs and cats were playing during lockdown, in entertaining and comforting their owners. 75% of Brits said that their rescue pet was helping them to cope during the nationwide quarantine. We wanted to shine a light on rescue animals everywhere, to showcase how they were helping us and demonstrate one of the many reasons why Rescue is our favourite breed.

Working with our agencies FCB Inferno and Manning Gottlieb OMD, the ‘Rescues to the rescue’ film was born. A creative idea which utilised the increase in user-generated content (UGC) online and tapped into the mindset of a nation – a fun celebration of rescue dogs and cats and their unique relationship with their owners. And it resonated; the campaign achieved high levels of prompted recall and was positively received, with 74% of those questioned stating that it made them think more positively about Battersea.

Social media is an excellent source for user-generated content

Development and production of the film was no mean feat. We wanted to act quickly to develop something that spoke to the UK at a pivotal time, but we were new to the tools of remote working. With very little time until launch, we had to establish new ways of working, fast.

Over a series of days, we put ‘call outs’ on our social media channels asking followers to share stills and videos, showing how their rescue dogs and cats were helping them through lockdown. Each post talked to a lockdown theme and was accompanied by a short video, created to inspire our audience and provide a reference point for the type of content we were looking for. In the meantime, our creative agency worked hard to source the soundtrack. We were thrilled when dog-lover Jess Glynne permitted us to use ‘I’ll Be There’; the lyrics perfectly encapsulated the sentiment of the campaign.

True to form, rescue-lovers across the country answered our call, sharing over one thousand clips and images in just a few days. Together with our agency, we built a UGC library; selecting footage that represented a whole range of rescue dogs and cats across the UK and, from ‘clap for carers’ to ‘working from home’, told the story of the nation and their rescue pets in lockdown. Multiple conference calls, late nights, and virtual reviews later, the TV edit was complete. We then worked quickly to plan how the campaign would be brought to life below-the-line, producing bespoke edits for digital channels. From concept to go-live, ‘Rescues to the rescue’ was just over three weeks in the making.

The launch of the film in May was a great success – boosted by the sharing of the advert by friends of Battersea and our ambassadors, we achieved strong reach across our social channels. The creative landed well and received praise from audiences online, proving that we had tapped into a moment that everyone could identify with. Meanwhile, media deflation continued to drive strong paid performance metrics.

The campaign opened our eyes to the various means of capturing and creating content. UGC with its home-made appearance seems to land particularly well on social channels, plus it is more accessible and low cost. It also taught us a lot beyond traditional creative and media insights, reminding us that change presents opportunity.

As we move forward into 2021, we have a renewed sense of ambition and an appreciation of the importance of remaining tenacious in our approach. If you put your mind to it, an awful lot can be achieved in a few short weeks!

To learn more about engaging with audiences join us for The new rules of audience engagement conference.

If you liked this you may also enjoy How to make user generated content work for you. 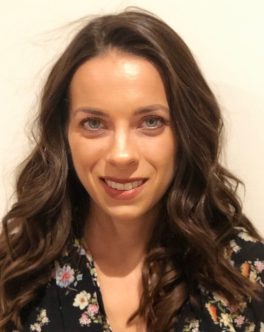 Charmaine manages the Marketing Campaigns team at Battersea, who are responsible for the development of integrated marketing activity, briefed and delivered by internal teams. She also works closely with the Head of Brand to shape, deliver and evaluate brand advertising activity.