How to create a smart phone application for your organisation, from Convio's Martin Campbell

With the recent launch of Apple’s iPad and the iPhone 4s back in June, there’s been a lot of talk about building ‘Apps’. What are these Apps, should your charity be thinking about building one and if so, how do you decide what type of App to build?

Firstly, what are Apps?

An App, or application, is what Apple calls third-party software programs developed specifically for the iPhone, iPod Touch or iPad. There are now over 200,000 (latest figures July 2010) relatively cheap and free Apps, in categories including games, entertainment, utilities, social media and lifestyle.

How do I decide whether to build an App?

As obvious as it sounds, an App will only work if it’s a particular activity that makes sense for the user to be doing on an iPhone or iPad. If you’re unsure whether your new App idea is a goer, then look at the list below to see if it ticks at least one of the following boxes:

Which charities have already built Apps?

All this sounds great but what you really want to know is – which charities have created Apps and how have they gone about developing them?

So far, Apple has refused to approve charity fundraising Apps with ‘donate’ buttons on them – but there are many not-for-profits who have managed to create unique, engaging Apps to attract new supporters, encourage existing supporters to get involved and increase their online donations as a result. For example, The Battersea Dogs Home App shows images of dogs in need of a home, whilst WaterAid’s App allows users to find the nearest public toilet.

We recently helped Scripture Union, a faith-based charity which uses the Bible to inspire children, young people and adults, to build an App.

The charity had an active web presence: a few years previously, they had established the WordLive project, the key aim of which has been moving from print publications to the web, email, RSS and podcast formats. They had also created a mobile version of their site, which enabled smart-phone users to access the site whilst out and about, helping to increase the popularity and use of the site.

The next stage for Scripture Union in their online journey was to develop their WordLive App, but why? The match between the word and multimedia content on WordLive is perfect for an application; plus, an app enables people to experience WordLive on the go in a way that the mobile site just won’t allow.

Even though the App was only launched a couple of months ago, the team at Baigent Digital and Scripture Union have been delighted with the level of interest and the number of global downloads so far.

1. Think of a great idea, then determine which audiences would use your App and work out their needs. You’ll also need to look at:

2. If you’re planning on doing the work yourself, you’ll need to:

Can you do all of these things yourself? Probably not. The chances are that you need to find some resources to help you fill the gaps – which will probably range from agencies, to freelancers, to a friend-of-a-friend!

3. Next, put pen to paper and draw each screenshot of your App. This will help to establish things like:

4. Develop and test the code for your new App (this is generally best done by an experienced developer).

5. Submit your App to the Apple store (don’t be disheartened if they turn it down, make changes and resubmit!)

Marketing is of course a crucial element; it’s all very well having a beautifully designed and realised App, but if your audiences don’t know about it, it won’t fly. So:

In the end, whether you decide to create an App or not, the main thing is that your users have a choice of a number of interesting and exciting ways to engage with you.

But if you do come up with a great idea for an App: go ahead, get excited, get stuck in and good luck! 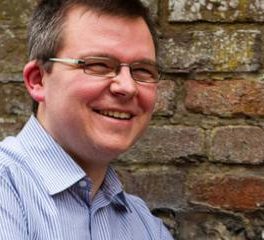 Martin works with his colleagues to provide the right technology and strategies for Blackbaud's clients to do their great work of making our world a better place.