Let’s get one thing straight at the outset: the days when the person at the top of a non-profit could get away with blithely saying: “Well… I use email on my phone and everything, but I don’t really get digital,” are well and truly over.

Embracing digital isn’t just about understanding technology, it’s about embracing a culture shift. That’s why the responsibility for understanding and executing digital initiative can’t be delegated to people outside a charity’s leadership circle. In fact, it should be those with the digital expertise sitting at the top, doing the delegation.

Digital consultant Julie Dodd’s recent report, The New Reality, looks into how charities are (or in many cases, are not) using technology to deliver genuine change. It has done an excellent job of bringing the issue into focus.

One of the key points it raises is the danger in ‘silo-ing off’ digital as just another department within a charity’s organisational structure.

Exploring digital channels is going to be a critical part of any organisation’s communications strategy, but they can’t flourish if considered in isolation. Can digital be used by your operational teams in the field? Could it better inform HR in its future recruitment strategy? Could insights lead to financial savings thanks to changes in procurement?

A forward-looking organisation will be involving these teams at the very heart of the process, helping decide what questions to ask. The transformational potential of digital has to be embraced by every leader in your organisation in order to have a sustainable impact.

As a leader in the not-for-profit sector, the easiest way to ‘get’ this is to look at commercial digital successes and learn from them. That doesn’t necessarily mean what they do but rather what they think – and how they think.

Look at your senior leadership team – when you’re asking a question today, are you asking it differently to how you were asking it 10 years ago? The fallen titans of the commercial world – the IBMs or Kodaks – failed to do that. This failure of management to accept new realities, and find ways to capitalise on them, saw younger, leaner and, ultimately, more agile companies replace them as the new giants of the digital age.

So what does this look like? Well, Google famously has its Innovation Time Off, which allows developers to spend 20 per cent of their time working on side projects they are interested in. While it might be anathema to a traditionally run organisation with an eye on timesheets, this approach has led to products such as Gmail, Adsense and Google Cardboard.

This kind of thinking can easily be applied to the charity sector. For example, Shelter, as highlighted in Julie’s report, recently introduced an innovation labs programme. Every three months it puts a small, cross-discipline team together to work on a specific challenge that the charity faces. The programme has already found solutions to a number of challenges and is a perfect example of the kind of approach that grew from the digital culture.

In order to get here, the suggestion isn’t immediately to cull everyone without a Facebook page from your executive board, or only consider trustees with more than 5,000 Twitter followers. But rather to be honest about the digital gaps in a not-for-profit’s leadership and consider the positions of those whose attitude might be a roadblock to progress.

Does this mean considering trustees under the age of 30? I’d say inevitably. Will it mean potentially releasing people who have given many years of selfless service to a charity? Quite possibly. But the failure to inject a sense of digital purpose at the top of an organisation and allow it to filter down will, in the long run, see that leadership fail in its duty to both its team and, more importantly, its cause.

Why is there so little digital innovation in big charities?

Join us for our digital conference 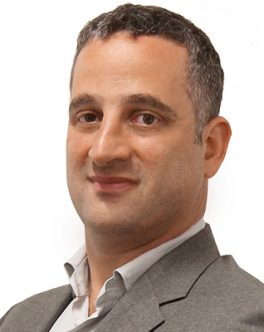 Jonathan Simmons is chief experience officer of digital agency Zone. He oversees the agency's development and offering for leading brands and charities such as Tesco, Coca-Cola GB, Prostate Cancer UK, Nike Foundation and Save the Children.