Charity mergers: how Terrence Higgins Trust gets the message right 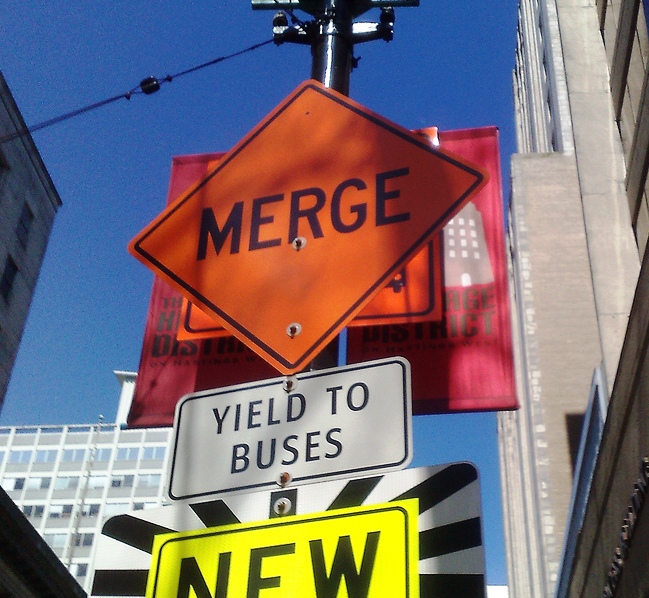 Is your charity considering merging with another? If so, you’re no doubt thinking about the implications for communications.

We’ve done about 30 mergers of different sizes since 1999, and we’ve learned a few things along with way which might help.

Any merger requires lots of preparation on both sides. If you have time to do nothing else, make sure you have a plan to communicate with everyone with an interest in either of your organisations.

Be clear with your executive team about the reasons for the merger. Is it due to loss of income? Has something happened suddenly that’s prompted the merge or is it the result of a trend you’ve been aware of for some time? Are there new or emerging opportunities which have led you to merge?

Make sure you can communicate your reasons clearly, and work with your opposite number in the other charity to agree the message.

Look for areas of commonality in vision, mission and values. If you can’t find that fit, go back to your executive and ask for help.

And be aware of how your own charity is perceived by your partner. Our charity is not large by the sector’s standards, but we are usually the bigger partner in merger. That can make charities merging with us nervous if we don’t get the communications right.

As a charity working with people, our beneficiaries are a vital audience. We want to make sure that throughout the process, we are not causing undue anxiety because we didn’t communicate well enough.

Decide whether you let people know you’re in discussion about merger – this may or may not be a good idea. But you’ll certainly want to let people know if a merger is agreed, and a briefing for staff delivering services will be vital.

People’s immediate concerns are for the services they access. It may be that some or all of those services are going to close. If that’s the case, focus on that first rather than the benefits of merger.

Merger can be a time of anxiety for staff. Sometimes they are accompanied by redundancies. If one charity merges into another, they might lose their sense of identity. Include team meetings and written briefings in your staff communication plan.

One thing that worked really well for THT was to invite staff from a charity merging with us to spend a week before merger in our head office or at a local centre – and vice versa – and then feed back as merger ambassadors.

This can help quell fears about culture in either organisation and helps to start putting faces to names in the other charity. It demonstrates that you do share vision and values and can be really exciting!

Don’t neglect donors or take it as read that they’ll come across to the merged charity because they support you now. I can think of one or two charities that raised less once they merged, so you must give careful thought to how you communicate.

Most people see charity mergers as a good thing. But if your reasons are because of financial instability or disaster, you could put donors off until they are convinced you’re viable going forward. It’s a delicate line, but not an impossible one to tread.

Commissioners will want to know that their services are safe. Again, sit down with your opposite number and work on a list of people you need to inform before they hear it elsewhere.

You will want to reassure them of the reasons for the merger and your ongoing commitment to delivery. It may be that there will be benefits to commissioners as a result of the merger – additional resources or centralised functions.

Again, a key message will be your stability as an organisation post- merger. Your service managers or director will probably be best placed to make the initial calls.

Agree statements on reasons for merger and the benefits you expect to come from it for beneficiaries. Keep them brief and to the point, but have a Q&A ready with more detail.

Make sure you have identified and briefed key spokespeople from both charities – offer them training in advance if they’d like it.

On merger day make sure you send an upbeat email from the CEO or another senior manager to all staff and volunteers welcoming everyone to the new organisation. Don’t forget to promote and celebrate each organisation’s strengths and what you think you’ll achieve together.

Make sure you keep up regular briefings for all stakeholders about successes following the merger.

Did you save money by coming together? Did you ensure the ongoing security of services for vulnerable beneficiaries? Have you taken advantage of new opportunities that might otherwise have been beyond your reach?

Every merger Terrence Higgins Trust has done has enriched our charity and made it stronger. We have benefitted from the expertise and knowledge of people and organisations from across the UK.

We have achieved things for people with HIV or at risk of poor sexual health that we would never have managed without those mergers.

And that’s worth shouting about.

Genevieve has worked for THT for over 10 years, and before that, worked for NCH, Save the Children, and Citigate Westminster on public health briefs including for the Department of Health and Home Office.