Once again we’ve reached the end of the year. What, already?! You cry. Yup it’s true, another year has flown by and if you really want to be terrified – a whole decade is also done!

To mark the end of 2019 the CharityComms team have each picked their favourite campaign of the year to share the festive love….

This could be the generation to change history. Let’s all be part of making it happen. #ClimateStrike pic.twitter.com/GVDTfgvLYD

Over many months young people took to the streets to demand strong climate action – sparked by the lonely vigils of Greta Thunberg the protests grew into a global movement. Public concern in climate change surged to an all-time high and became an Election issue. Marching with them I was buoyed up by the energy and inspired by the best placards ever: “Sorry I can’t clean my room, I have to save the planet”, “Denial is not a policy”, “I’d be in school if the planet was cool”. This is the generation who can turn the tide.

Women by Women from ActionAid UK

#WomenbyWomen is a campaign giving a platform to female photographers around the world. @PamelaTulizo is the latest to feature – she tells the story of Marcelline Budza, founder of a non-profit coffee collective in DRC. See Pamela tell Marcelline’s story: https://t.co/Rk2EFkVrWy pic.twitter.com/UZv39N1b7t

Through Women by Women, ActionAid worked with female photographers from the DRC, Afghanistan, Uganda and South Africa to tell stories of women making change in their countries. It’s a multi-layered campaign which celebrates the achievements and talents of the women featured, as well as the photojournalists they are working with. Some of the stories featured include Maryam, one of Afghanistan’s youngest MPs in Kabul, Jamilla Madingwane, an LGBTQ+ activist in Johannesburg, South Africa, self-made entrepreneur Asiah in Wakiso, Uganda.
The work shows how programmes set up by ActionAid provide resources for women to make change in their lives. Hearteningly, it’s indicative that charities and NGO’s are consciously choosing to move towards inclusive and empowering imagery, while bringing stories of inspiring individuals to global audiences.

We can think of no better way to celebrate #WorldKindnessDay today than to brighten a vulnerable child’s Christmas by sending a special book gift… https://t.co/bEcjcOuuYr pic.twitter.com/KTGxDMOh64

To celebrate #WorldKindnessDay on 13 Nov each year, BookTrust has a lovely campaign that encourages people to share the gift of reading with a child by making a donation and also highlights fantastic books that embody the spirit of the day. They emphasise how books can make us feel less alone – by reading together as well as exploring other worlds – as they encourage empathy and start conversations. 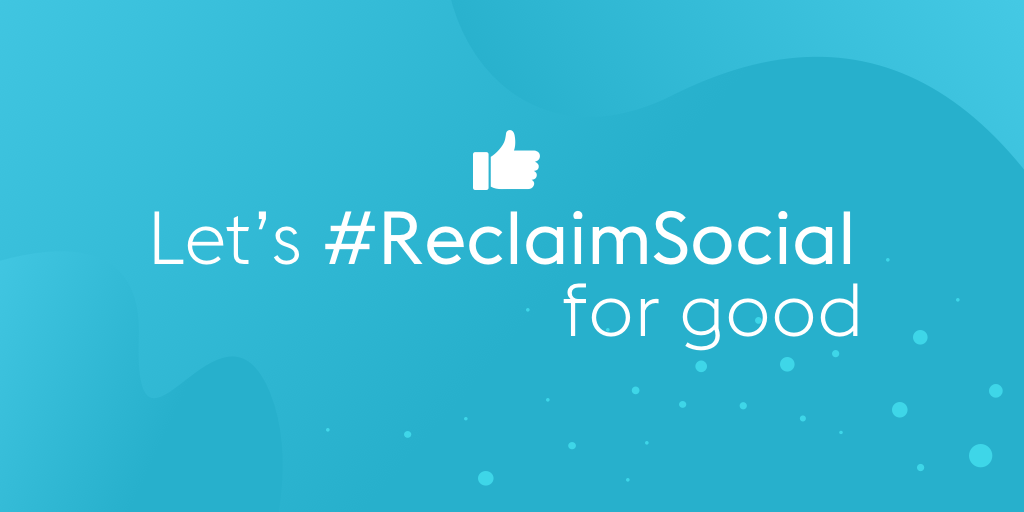 My fave campaign of the year was #ReclaimSocial. A movement for more positive experiences on social media, this is the third year of the campaign and it’s been a pretty great year with a 317% increase in contributors and 99% positive sentiment. Past studies found that positive/constructive/solutions-focused stories generate more motivation to take action, donate to charity, participate in a movement and contribute to society. Additionally, a study of more than 7,500 New York Times articles found positive content is shared more than negative content long term. In a time when social media platforms are designed to exploit human psychological weaknesses, personally I found a campaign based around human goodness refreshing. As charity communicators and campaigners, #ReclaimSocial is a timely reminder of how empowering and effective it can be when communications focus on positive pathways to change.

Crohn’s and Colitis ’Not every disability is visible’ campaign

I felt inspired by the Crohn’s and Colitis UK’s ‘Not every disability is visible’ – a vital campaign to change public perceptions of disability and end stigma. People with Crohn’s or Colitis are subjected to discrimination just for trying to use the accessible toilet they urgently need. The Crohn’s and Colitis UK team asked supporters to email the CEOs of the UK’s major high-street restaurants and pub chains to encourage them to install new toilet signage making the invisible, visible. So far, 51000 + emails have been sent to CEOs of restaurant/pub chains and these e-mails have led to change.
I loved the way they worked with their case studies and the provocative imagery they used in the campaign – it really stood out for me as a brilliant campaign.

If you enjoyed this you might also like our ‘Five charity campaigns to make you smile’ from earlier this year.