Collaboration between charities and journalists

Of all the things you expect to be doing as a 23-year-old graduate with a great job (and even better prospects), giving it all up to move in with your Gran to care for her full-time isn’t one of them. Especially if your Gran has severe dementia.

That’s what happened to Sophie Howarth and what an eye opener it has been, changing her personality, her career path and her whole attitude to life profoundly.

I wrote this story on Sophie, which appeared in the Independent’s Life section, earlier this year. Since then, another two national newspapers and two mainstream magazines have run her story. Sophie is also due to appear on This Morning. For Alzheimer’s Research, the charity that provided the case study, this is great publicity. Meanwhile, I benefited from having the opportunity to relay a truly inspiring tale that’s helping to raise awareness around dementia to a wide range of audiences.

The story is typical of the kind that charities – not just health-related – regularly approach me with and which make it into the national press. No wonder we work so well together.

The problem is, for the most part, it’s the same old charities. How I would love to see some of the smaller ones getting their amazing and stirring stories out there. It’s not that these charities don’t contact me with ideas, many do, but there seems to be a mismatch between the kind of stories they think I’m looking for and those which have a hope of getting past editors.

We try to work out where each other are coming from, and our particular requirements. But so often, it’s via a few quick emails and it just doesn’t seem to work out, much to the frustration of both parties.

It’s often simply a matter of time. Indeed, when I sit down with charities, a probing session is often highly productive and we both get increasingly excited as we realise the rich source of feature ideas they have.

Other factors can help too – my explanations about the kinds of ideas that certain editors tend to run a mile from and what they snap up, for example. And the charities’ explanations about exactly what kind of people they have on their media databases, if indeed they have such a thing, as well as some of the projects the charity is focusing on. Before we know it, we both have a long list of potential feature ideas that editors are interested in.

Then there’s the fact that charities need to build up trust with any journalist they work with. Many have no idea, for example, that I’m willing (and actually prefer) to show anyone I interview what I write before it goes to print, with full copy approval. Moreover, I’d never try to persuade anyone to appear in the national press without being 100% sure that they want to. This means that I often have telephone conversations with those who are more tentative, after which they go away and think about it. In some cases, we both come to the conclusion that they would be better off not participating.

These are just some of the issues that, when carefully considered, can help achieve the ideal collaboration between charity and journalist. I also find the AskCharity service incredibly useful for journalists like me, and charities of all sizes, it’s a great way to get the opportunity to work on mutually beneficial features. Among the many benefits are the fact it’s quick and there’s a lot of flexibility. In addition, it can lead to a whole wealth of unexpected opportunities. If I need case studies, experts or simply new story ideas, relating to the charity sector, it’s my first port of call. 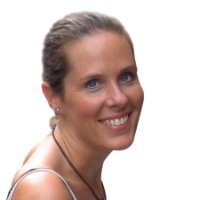