Communications in the recession: what charities can learn from the general public

Results of a recent report shows that donors want charities to demonstrate that they have changed their ways of working during the recession. Liz Goodey reports

The recession has led to a number of issues for charities: falling donations and increased costs mean that charities are currently on a financial tightrope, and are looking at ways to both increase donations and cut costs. Although there may be a light at the end of the tunnel as far as the economy is concerned, charities still face a difficult few years ahead.

During the recession there were many surveys that asked charities how they were coping, and how they predicted they would fare in future months. We saw there was a gap in the sector’s knowledge because nobody had asked the general public what they thought charities should do to weather the recession. The results of this research were released in our report, How to Connect with Donors: Essential Messages for Charities.

One of the key findings of the report is that charities should look at changing the way that they communicate with donors. Most importantly, donors need charities to demonstrate that they have changed their ways of working during the recession, in terms of being more efficient and showing the impact of their work. If a charity does not demonstrate that donations will be dealt with efficiently, a donor will not know that this is the case; and when times are hard, donors want to be sure that their donation will be used wisely.

Those figures may not be surprising, but some of the comments we received clearly highlighted these thoughts: many donors don’t want direct mail, which they see as expensive – they prefer electronic communications. One respondent said that charities “Must reduce the amount of unsolicited mail they send out. It must cost a fortune and is often of a very high quality”.  They added, “[Charities should] make more of electronic mailings and social networking sites.”

Certainly individuals are using electronic communication more. Email is now second nature to most, while people are increasingly comfortable using social media. It seems that for many donors, direct mailings seem an unnecessary luxury in the recession, and it could act as a turn-off, no matter how cost-effective it was to produce.

But perhaps the most important aspect of findings around communications showed what donors did and did not want to hear about. Any communication which is dry (displaying accounts online) or pleading (how worthy the cause is) is less interesting to donors. It is the vibrancy of hearing about how the charity has efficiently achieved its objectives that has become important.

The recession has altered donors’ perceptions and expectations of charities, and communication with them has to take this into account in order to ensure that donors continue as supporters. Now is an important time for communication strategies to be re-evaluated alongside fundraising and investment strategies.

The report is available to download for free here 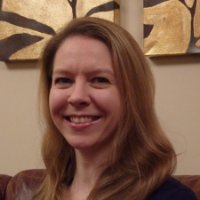