How do you bring the urgent matter of habitat loss home, to an international audience? Well Don’t Panic’s campaign for SOS did just that as well as driving real world action and winning Campaign For Good’s Fundraising Campaign of the Year, here’s how:

Last year, ​Sumatran Orangutan Society ​(SOS) came to us with a challenge: they needed help raising awareness of their Rainforest Home Appeal, a plan to buy back an 890 acre plot of land and restore it from a lifeless palm oil plantation into a diverse and vibrant rainforest. With a tangible end goal of £870,000, they needed a powerful campaign which raised awareness of the devastating impacts of deforestation, and prompted people to donate.

We knew that storytelling would be essential to driving emotion, but to differentiate and prompt action we needed to do so through a narrative less trodden than other wildlife ads. What’s more, this​ charity advertising campaign​ had to be universally appealing and relatable to peak interest amongst a variety of audiences and territories.

An insight we quickly identified was that certain characters are immediately recognisable and sentimental to a vast number of people. After creative discussion, we knew that the Jungle Book characters were the perfect protagonists for our hero film:​​ Concrete Jungle. King Louie, Baloo and the rest of the gang are timeless to adults and children worldwide, and no one wants to see them struggle to survive while homeless and displaced on grey city streets.

By dropping them into unfamiliar urban landscapes, the film immediately highlights the issue of deforestation in an engaging way, stitching together animation and real footage. It also enabled us to use a variety of locations, bringing the issue home no matter where you are.

This helped connect a geographically distant audience to the cause, as well as appeal to an audience not typically engaged in content about deforestation.

With such an engaging creative, this opened up the scope for targeting many different interests on social media, meaning we could reach a cold audience from different angles. For example, we promoted the video to those interested in popular content aggregators and web culture sites, as well as people interested in the wildlife and the environment sector. As a result the audience wasn’t already oversaturated with similar messaging, so was more likely to engage.

While this was a direct fundraising ask, we knew that not everyone takes action from first viewing. So, the next stage was to nudge our new audience into action with a ‘donate now’ button and additional stills from the film. Once these audiences had been built out, we were
able to update different groups with progress of the fundraising target, making them an important and highly involved part of the charity’s journey.

The campaign is a brilliant example of what can be achieved if an inspiring creative is used at the heart of fundraising. The film has been seen over 1 million times across Facebook, Instagram and Twitter (as of March ‘19), introducing the brand to a new global audience and growing the SOS Instagram account by 10,000 new and loyal supporters.

Not only did this attract social shares from highly relevant ambassadors including Chris Packham, Stephen Fry and the Leonard DiCaprio Foundation, but it also helped foster relationships with high net worth donors. This led to the full £870,000 being raised for the Rainforest Home Appeal, meaning SOS were able to buy back the palm oil plantation and begin work turning it back into a vibrant rainforest. Now, land that was barren just a few years ago is full of life once more, with reports of orangutans, elephants and other animals returning to their forest homes.

We are thrilled with the result, and even more so that Campaigns For Good recognised Concrete Jungle as their ​Fundraising Campaign of the Year​. Director of the Sumatran Orangutan Society, Helen Buckland, said of the newly acquired forest: “Once reclaimed and restored, it will provide a home for thousands of species, including the iconic orangutans, elephants and tigers we all recognise from the campaign film, forever.” 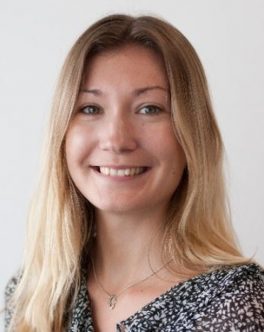 Florence is an Engagement Strategist at Don't Panic. With a background in media and communications planning. She is involved in projects from start to finish: from the creative briefing and concept development, to media planning, activating and optimising paid support all the way through to post campaign analysis.