562,000 people in Wales have Welsh language skills. That’s one fifth of the population and for many it’s their first language.

Since the Welsh Language (Wales) Measure received Royal Assent in 2011, we have felt the ripple effect in the world of communications. The Welsh language now has official status in Wales. We also have our first Welsh Language Commissioner – she has powers to fine those flouting the rules.

If you work in communications in Wales, there’s no doubt that you’re familiar with the challenges of working bilingually. 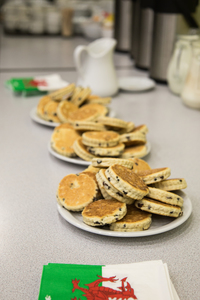 Having a “Cynllun Iaith” – a Welsh Language Scheme – is common practice for organisations in Wales and essentially lays out how you will communicate in both English and Welsh. In essence, if you receive public money in Wales you must demonstrate how Welsh language speakers needs are being served.

RNIB Cymru works to help the 110,000 blind and partially sighted people in Wales live full and independent lives through our partnerships with many organisations across Wales. RNIB Cymru employs around 60 staff across Wales, has around 100 volunteers engaged in fundraising and administration and 1,050 members.

As we receive grant funding from the Welsh Government and Big Lottery Fund, we have a legal duty to communicate in the Welsh language. But we also know that providing bilingually means that we reach more people. Over 40 percent of children and young people living in Wales also speak the language and this number is growing. As our chief executive, Lesley-Anne Alexander said:

Providing services in Welsh is underpinned by legislation. Not only do we have a public duty to communicate and provide in both official languages of Wales – but we believe that being able to use Welsh is a right.

Getting the organisation on board for your Welsh Language Scheme

In order to make the scheme work, we knew we needed to get the whole organisation behind it. The challenge we had was to make sure that the scheme wasn’t going to be seen as something just for staff in Wales – because ultimately, it’s not just the charity’s staff in Wales whose work impacts on the country. Here are five tips I’d like to share with others thinking about developing their own Welsh Language Scheme.

1. Bring it back to the customer

At RNIB we made sure we linked the scheme to our organisation-wide priorities. The scheme now forms part of our overall commitment to be ambitious, customer-focused, and to help us be there for more blind and partially sighted people as we aim to triple our reach over the next few years.

2. Be clear about budgets

Without a shadow of a doubt, this was the number one question asked. While you can put a lot of work into building understanding of the need to consider the Welsh language, your colleagues will still want to know whose budget will fund translation. Put a process in place and make sure it’s written in to all grant applications.

The cost of producing things twice does have an impact but it doesn’t have to be huge. Research your translators and if you can tap in to one with a personal link to your charity, so much the better. 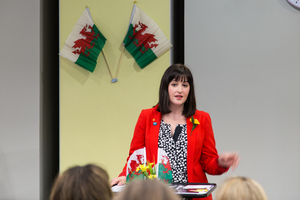 Break it down. Don’t assume all your colleagues are aware what a Welsh Language Scheme is and use it as an opportunity to promote the great bilingual work you’re already doing. We held an informal launch event at our London office on St David’s Day (1 March), hosted by our chief executive. We showcased our scheme and taught our UK colleagues some Welsh language basics.

4. Be as helpful as possible (without becoming a translator)

Since we launched the scheme, the support for it has been overwhelming but staff need to know where to turn to for questions. Provide that support, create guidelines for translators, and make sure staff know who your translators are. It’s also worth noting that not all Welsh speakers are translators!

5. Take pride in your Welshness

Have fun with it! I felt like an ambassador taking daffodils, flags and 200 welshcakes to Paddington on the train with me – but needless to say they went down a treat. Your passion for the language and providing for your customers and supporters will rub off. I can pride myself on having taught several people their first few words of Welsh.

We put a lot of work into our Welsh Language Scheme and I’d love to hear what you think about it. You can get a copy here. Diolch a phob lwc!

Elin Edwards is a first language Welsh speaker and communications manager for RNIB Cymru. She has previously worked in PR and communications roles for Macmillan Cancer Support, Bangor University and Plaid Cymru in the House of Commons.