The rise of crowdfunding brings new opportunities for charities going beyond a welcome cash injection.

Although it might feel new, crowdfunding has been around for a long time. The Statue of Liberty’s base was funded via crowdfunding and Nelson’s Column was also partly funded by public subscription. Technology has come a long way since people came together to help create these iconic statues, but the desire to join with others to make good things happen still runs through modern society and lies at the heart of the crowdfunding phenomenon.

A different type of donor

The main factor distinguishing crowdfunding from traditional online fundraising is the end goal: every campaign has a solid aim it hopes to achieve. Allowing donors to have a deeper involvement with the outcome of their donation not only gives a more satisfying donor experience, but can often result in these supporters giving more (at JustGiving, we’ve found that the average donation to a charity campaign page is currently 73% higher than the average donation).

Supporters of crowdfunding campaigns also tend to be different because their motivations for donating are different. 28% of people that pledge to crowdfunding campaigns on JustGiving are brand new to the platform. This group of people tend to be young, socially active and from lower income households. They value seeing the impact of their donation and want the project they fund to succeed. This also means that they can be keen to offer help that goes beyond their initial gift.

According to the 2014 Understanding Alternative Finance report, 27% of people who used donation-based crowdfunding platforms offered to volunteer with the project they supported. A further 7% also offered non-financial donations, such as hardware or the use of space towards a project. These statistics demonstrate the importance of being open with your needs and following up with your supporters; say thank you, show how their donation made an impact and potentially develop a deeper relationship.

Not only does crowdfunding help reach new supporters, it also gives you a reason to talk about your work and generate PR opportunities. The Promise Foundation is a small charity that supports young people through mentoring. The charity was inspired by Promise, a young girl whose life was transformed by a mentor. Through a crowdfunding campaign, they were able to share Promise’s personal story with the press and give readers a chance to respond to the story. It was a huge success and the coverage enabled them to gather enough support to transform their pilot scheme into an established charity.

We've seen how transformative crowdfunding can be; now is the time take advantage of its full potential.

See my presentation at the CharityComms PR in the digital age conference to share ideas on how crowdfunding could benefit your organisation. 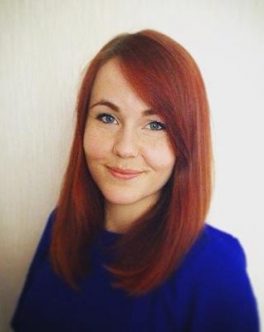