Dealing with negative coverage: How the RNLI came out fighting

The RNLI recently came out fighting after facing negative media coverage in the Times and the Mail on Sunday, which had both linked the charity’s announcement that it would be cutting 135 jobs to its spending on international projects. As the articles had been published at the weekend, the RNLI media team initially had to deal with the unfolding issue out of hours.

A Mail Online version of the article, which wasn’t behind a paywall, generated almost 2,000 comments and 43,000 shares, and the debate quickly spilled onto social media, where tens of thousands of messages were posted on the subject.

RNLI regional media manager Amy Caldwell, who was on duty that weekend, and social media manager Rich Ward give their insight into how the team managed to turn a storm of negative coverage into a groundswell of support.

The Times piece went to print on the Saturday, so the situation was unfolding out of hours and, as duty press officer, Amy was the first to respond. In addition to the Times article, a call was received from a Mail on Sunday journalist on the Saturday and Amy prepared responses to his questions, none of which appeared in the article published the next day.

At the RNLI, the media engagement team operates an out-of-hours duty system, with the 20-strong team on a rota to be contactable for media-related enquiries at any time. The designated duty press officer operates remotely, with the support, if needed, of a senior manager.

As a large charity with a big media team, we appreciate that not all organisations can organise this level of out-of-hours cover. But even smaller charities should consider a crisis response plan, ensure key people are contactable, systems can be accessed remotely, and a triage plan is in place for instigating a response to any issues that develop out of hours.

The Mail on Sunday published its article in the early hours of Sunday morning and, by 6am, there were already lots of negative comments coming in. In response, we wasted no time in publishing a strong and unapologetic statement on Twitter – something we’d previously had success with in 2018, relating to a crew issue at Whitby lifeboat station. This experience had given us the confidence that being upfront and robust on social media, rather than shying away, is the right approach. A lack of response could have been seen as a validation of what the media was saying, but by robustly defending our position we gained back an element of control. The response to this tweet was incredible, with more than 11,000 retweets, 44,000 likes and nearly 5,000 comments.

In response to the @MailOnline & @thetimes:we are proud of our international work. Its saves (mostly kids’) lives. And we haven’t kept it secret – it’s in our annual report, on our website and in the media. We spend just 2% of our expenditure on this work: https://t.co/STztOxG1OP

Importantly, we have the backing of senior stakeholders to take this sort of public stance. For any comms team, building confidence and trust with colleagues is essential so that you have the authority to react quickly and appropriately to developing issues. This hasn’t been something that has happened overnight at the RNLI, rather over the course of some fairly big pieces of difficult comms work that the media team has delivered. For colleagues and stakeholders to see the value in PR and the comms team, it is important to not only share positive PR successes, but also demonstrate the hard work involved in mitigating against risks to the charity’s reputation to encourage a collaborative approach in the future.

It’s easy to think that you can handle any situation single-handedly, especially when you don’t want to disturb colleagues enjoying their weekends, but in this instance, it was a case of mobilising as much support as possible.

Via WhatsApp, a team of volunteers, who all have logins to our social media management tool, was organised to plug away all day on the Sunday dealing with some horribly negative comments, using the prepared briefing documents, lines and Q&As for all our campaigns that are stored on our media management tool, so that we could deliver a consistent message. By late afternoon our perseverance had started to pay off, as there was a definite shift in the ratio of negative to positive comments as people, including celebrities, began to mount a heart-warming defence of our international work and donate to the charity for the first time.

Looking out for each other

It was heartening to make this effort as part of a team and, if you work for a charity that you care about, you want to be in the thick of it when it is under attack from the media. On the flip side, while passionate people will want to be involved, it is important to enforce time off to ensure people don’t burn out. We finally called it a night at 8pm on the Sunday, after 14 hours of social media management.

This was backed up on the Monday, when we quickly established a community management rota to spread the load across the team, complemented by regular department catch ups to check in with other areas of the organisation, including supporter care. This support also extended to those we put forward for media interviews, who we made sure were not only fully briefed but confident to appear on camera.

Throughout the crisis, in spite of the vast incoming volume of messages, we remained true to our community management principles that guide us on a day-to-day basis – particularly in making sure as many as people as possible were given a tailored response and that we didn’t ignore people’s comments or send lots of robotic-sounding replies. At the RNLI, we try to take every single message we receive, whether positive and negative, on its merit, and to be honest, personal and informative in our response.

Although our focus was on community management, we made sure to keep putting out relevant content across our platforms in order to shift the focus of the conversation. This included a ‘thank you’ tweet and a donation URL, which proved hugely successful.

Stephen Fry took it upon himself to share the donation link and, in all, that received almost 6,500 clicks. We also referenced the international story as part of planned content around our BBC Two programme Saving Lives at Sea to remind people of what our core purpose is: search and rescue in the UK and Ireland.

By the Wednesday, when the volume of comments had started to reduce, we began transitioning back to our regular content and PR output celebrating volunteers, fundraisers and supporters. Knowing when to resume business as usual and not get bogged down in a singular issue is really important – you can’t put saving lives on hold. 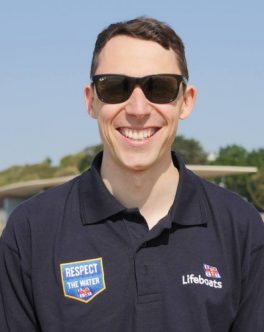 Rich oversees all RNLI social media activity from its support centre in Poole, including leading the social media campaign in support of its flagship national safety initiative Respect the Water. He is responsible for setting the organisation's social media strategy, core principles, channel guidelines and coordinates and oversees all social content produced by the marketing and media engagement teams. 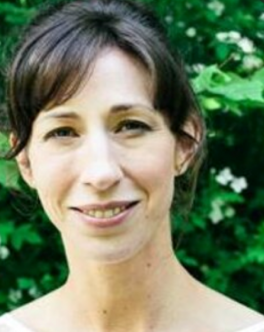 Amy is responsible for publicising RNLI operations, fundraising and other activity to maximise media coverage and public awareness whilst protecting and promoting the RNLI’s reputation. She does this by planning and executing media facilities, and establishing and maintaining good media relations.