Do not ignore tried and tested methods of engagement

Recent research by The Data Partnership has revealed that only 7% of Brits are more willing to donate to a charity now than they were 12 months ago. John Pooley, Managing Director at The Data Partnership, examines the effectiveness of different fundraising options for small charities, and urges them not to ignore tried and tested methods of engagement

Our survey has shown that recovering from a recession has not made people more willing to part with their money in the name of a good cause. With scares of redundancies and sector cuts made more vivid by the Government’s Comprehensive Spending Review, it’s possible that the recession has made people think that, before giving away any money to charity, they need to make sure that they are financially secure themselves.

Either way, the results of our survey are worrying for charities – especially small charities that don’t have the big bucks and corporate support of giants such as Cancer Research UK and Oxfam. While small charities are just as important, creating brand awareness on the same scale as the latter is unfortunately a near impossible task. So what can be done?

While telemarketing may not have the high impact of TV appeals, it is still one of the most affordable, and more importantly, effective channels for fundraising. Small charities would be ill-advised to ignore that fact. As Jose van Herpt of Canada’s FLA Group puts it: “Choosing not to use the phone because you just don’t like it leaves a lot of money on the table.” The phone can be a very powerful tool for clients to build deeper, personal connections with their donors. In a sector where sensitivity is crucial, successful telemarketing comes down to two important factors: knowing your customers and listening to them.

In addition, whether or not a small charity will reap rewards from a telemarketing campaign depends hugely on choosing the right company in the first place. Staff with empathy and good first impressions is paramount. Tele-fundraising works very well because tele-fundraisers have the most personal form of contact with donors, but they are sometimes the least trusted.

Just explaining the benefits both to the donor and the charity takes training and personality, things that cannot be put into a direct mail piece. So avoid those agencies that advocate the ‘stick to the script’ approach and neglect to establish rapport with potential donors prior to solicitation. Use the phone strategically and target phoning for specific reasons, to specific donor segments.

Interestingly, social media came top in our survey as the favourite method of charity fundraising contact. However, 63% of Brits still wouldn’t join a charity’s Facebook group. What’s the discrepancy here? I would suggest that small charities aren’t using Facebook in the right way and are therefore not reaching their consumers effectively. Randi Zuckerberg, Director of Marketing at Facebook, explains: “Facebook empowers non-profits by enabling them to mobilise communities, organise events, increase fundraising, reduce costs with free online tools, and raise awareness through viral networks.”

I agree – but how do you actually get people to join your charity’s Facebook page? It’s not as simple as signing up for an account and watching the donations roll in. Getting the most out of social media requires constant interaction and patient diligence. But the eventual rewards are potentially huge.

Charities that take the time to actually engage their followers, friends, and constituents will get much more out of social media. To be successful you need to think like a user. Social media is a two-way conversation. You’re not delivering a message; you need to add value, influence and involve your audience. Fans don't think about your charity 24/7, so for the few minutes they might visit your page, what do you want them to know and how can you engage them?

Content is the lifeblood of your page – and the more interactive, the better. Make it interesting, provide behind-the-scenes content, ask for your fans’ ideas and input, and incorporate events into your page. Doing this provides numerous calls to action and multiple opportunities to donate or join the cause. The Red Cross Fan Page is a great example of interactive, engaging content used to the full. In addition, when you make updates to the page, it appears in the streams of your fans or people who have joined your page. This is potent and cost effective viral marketing.

Creating an involved community of social media fans via these methods should be a long-term objective for a charity. It’s no quick fix, but by creating that personal connection with your followers you’ll be more likely to turn them into loyal fans that will ultimately spread the word, evangelise your cause, and contribute to future campaigns.

You can also take advantage of the Facebook Causes application, the standard application for displaying a charity you care about, and getting others to join in. It allows you to reach out to the targeted audiences who do really care about that cause. Users consequently take great ownership of the groups they are passionate about. But make sure you set goals. What do you want to achieve from a social media program? If, for example, you want to increase revenue from donors, set a goal of how much, and make sure you can measure it.

With the hype around Facebook, Twitter, YouTube et al, it is easy for charities to get caught up in the race to utilise social media channels. While these new channels are undoubtedly exciting and will no doubt continue to grow in importance, in these hard times charities need to go back to basics and use methods that are proven to win new donors and develop new relationships. 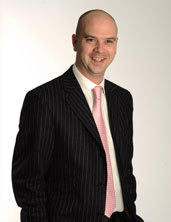 The co-founder of The Data Partnership, John has 14 years of industry experience within direct marketing and lead generation.