Home › Knowledge Hub › Thought pieces › Don’t you think I can lead? One woman of colour’s experience in the third sector

Don’t you think I can lead? One woman of colour’s experience in the third sector 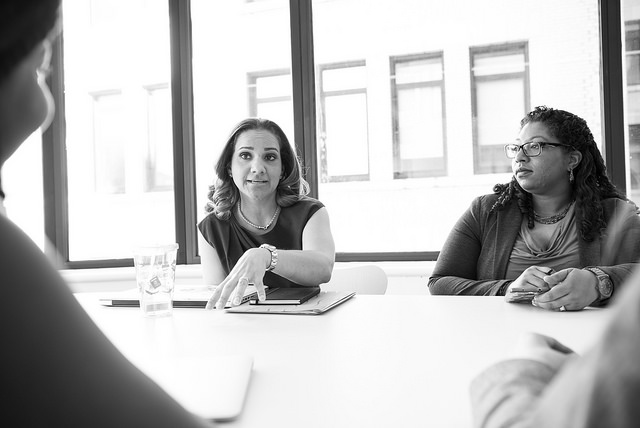 I’m passionate and ambitious, but I haven’t been able to secure a comms manager role after five years in the sector.

I’ve worked as a content producer for online and offline communications, but I’ve also project managed the launch of new websites, managed a rebranding project and commissioned contractors. Prior to the third sector, I completed a competitive local government management graduate scheme.

Making the leap from officer to manager has proven a challenge.

I’ve been ruminating my place in society and I’ve come to believe unconscious bias exists in the world of work. Unconscious biases are stereotypes we have learned and internalised. They are deeply engrained, often elicit an automatic response and can influence our behaviour. This can result in unintentional unfairness and practices which are detrimental to some people. For example, companies such as KPMG have recognised by analysing their own data, in the past, more men than women were being promoted to senior roles.

As a woman of colour, it makes me wonder if I look like someone who can progress my career in the third sector and eventually make it to comms director. I’m not alone – Baroness McGregor-Smith’s review of race in the workplace found people of colour are much more likely to be overqualified for their jobs than white counterparts, who often promoted more easily.

While I’m pleased the charity and NGO sectors have made some progress for white women at the top table, I don’t see the same reality for women from my background. High-flying women of colour exist in other professions like medicine and law. So, I ask myself: did I choose the wrong profession?

The stats say it all

It’s impossible to test or know for sure, as an individual, whether there is unconscious bias but research indicates there’s a problem. In ACEVO’s recent survey, 3% of charity chief executives said they were from BAME backgrounds. When ACEVO first published ethnicity data in 2008, 4.2% of respondents reported being from a BAME background.

You don’t have enough “experience”

Like many, I’ve made sacrifices to get into the charity sector. But there are not enough opportunities to grow as a professional. This is partly due to the limitations of the sector itself, which is under-resourced, over worked and unprepared for change. It means I’ve worked hard to carve out ways to grow my experience, but without adequate opportunities to develop and progress up, I’ve been stuck and bored in roles I have outgrown.

I’ve also been upfront about my ambition, but it hasn’t worked for me. When applying for roles with recruiters, many have been encouraging of my career ambitions, but some have pitched comms assistant roles to me. Not only does that discredit my professional experience, but even the life experience I’ve acquired as a thirty-something year-old woman.

Do people feel uncomfortable by ambitious women of colour? A common experience among people of colour is feeling we might be judged for our skin colour first, rather than our ability. This self-doubt means I’m struggling to understand if my race, gender and working-class background play a factor in the roles available to me. Kimberlé Crenshaw’s ideas of intersectionality have helped me to understand that it is also the combination of these factors which puts me at a potential disadvantage.

I recently had an interview for a communications manager role on a short-term contract, to cover a period of paternity leave. When I didn’t get the job, I asked for feedback. In a sheepish tone, the recruiter said he had agreed with his fellow panelist that I could have “done the job”, but there was someone who had more experience in line management. He then told me that when he had become a communications manager, he had had less experience than me.

For another similar short-term manager role, I had to role-play a line manager dealing with a tricky situation with a member of staff. Despite receiving glowing feedback that I was a ‘natural’, I was told there was someone who had more line manager experience that had got the job.

My question is: is unconscious bias at play here or was I just unlucky?

Where do we go from here? Shiny diversity schemes will only work up to a point. We have to get comfortable acknowledging that unconscious bias may manifest in the context of race as well as gender and class. Having real and authentic conversations is a start as Susheila Juggapah has bravely suggested. I laud her for opening up this conversation and suggesting the starting point is getting comfortable talking about diversity and inclusion.

And let’s also get comfortable talking about ‘race’. Diversity as a term could mask and sanitise these potentially uncomfortable conversations.

Unlike the #MeToo movement, talking about race is a taboo. I once made an innocuous statement to a white colleague who I got on well with that I care about issues of race, and he responded slightly accusingly, “Do you think I don’t?”. His response surprised me. We cannot have honest conversation if even mentioning race results in people shutting down.

My time in the third sector has taught me that those who climb the ladder are not always the best or most hard-working. There are networks, in-roads, routes to authority and even societies which help lay our career paths, all things I’m not privy to.

I don’t need to be ‘empowered’. And I am not looking for a free ride. What I am asking for is equality of opportunity.

Time to act: tackling diversity and inclusion in charity communications

The comms insider is an anonymous comms professional working at a UK charity. S/he wishes to remain incognito so as to be able to write frankly about his/her experiences and opinions.