Embracing transferable skills: why freelance writers should consider a role in charity PR

Working in such a diverse sector gives charity communicators a huge wealth of knowledge to draw upon. Sometimes it’s about recognising how the skills we have in one job can be an asset in another when it comes time to move on. In the third part of our current career series one charity communicator encourages us all to think about the transferable skills we have that can help us in future roles.

Before I started my current role at Terrence Higgins Trust as a media officer, I worked as a freelance writer. However, even though I enjoyed the work, due to financial restraints I knew that it wasn’t something I would be able to do forever. I knew I’d eventually need to leave freelancing and find a full-time job. That’s when I stumbled across my current job in the charity sector and realised the skills I had built as an experienced journalist could be particularly valuable to any PR organisation, especially in the charity sector.

When I saw the media officer role at Terrance Higgins Trust it seemed like the perfect job for me. But as I started reading through the application, I started to think that even though this role sounded ideal, I might not be what they’re looking for. Had I worked in Charity PR? No. Did I understand the structure of a charity? No. Yet despite these initial concerns as I continued reading the person specification, I realised that I had more in common with the ideal candidate for this role than I initially thought. Something I urge others to do when thinking about their transferrable skills and how they can benefit a variety of roles in the sector.

Crossover skills that writers can bring to charities

Thanks to my years working as a freelance writer, I understood the media landscape, knew how to identify a news story and was definitely experienced when it came to working towards tight deadlines. All skills I have been able to bring with me into the charity world and have been invaluable in my role.

There are probably many other writers out there like me who initially assume they don’t have the suitable skillset to venture into charity PR too, but I think it’s time that changed. It is disheartening, especially when you think about just how much the charity sector could really benefit from hiring candidates with a freelance writing/journalism background, that so many trained writers don’t think they have the skills to make the shift into the charity sector. With that in mind I want to encourage more writers like me to take the leap into charity PR as here are just some of the skills that writers have that could be beneficial for an entry-level role in Charity PR:

Many charities are big on receiving positive press coverage, which is usually based around human interest stories that can help bring the charity’s mission to life. But in order to receive press coverage, you need to know how to pitch to editors, which is what most freelance writers do regularly.

As a writer, you have the upper hand in knowing what editors look for. You know how to read a press release and pull out the news story. Being able to identify news stories and take an idea for an op-ed or feature piece and peak an editor’s interest is a skill, one that is looked at favourable by many charity press teams.

For example, I learned just how important this skill is when I’d just started my role and pitched an article about how HIV stigma can deter black African women from getting tested.  The editor loved the idea and before I knew it, my pitching ability led to me receiving my first piece of positive press coverage for the charity.

Many freelance writers have a list of editors who they’ve successfully pitched to in the past. One of the ways writers ensure that these editors remember us is through building relationships with them. Whether that be through meeting up for a coffee, or just a follow back on Twitter.

My relationship with one of the editors at a National newspaper is what resulted in an op-ed piece that not only spoke about the launch of a new digital campaign but also touched on an important topic within the sector. Harnessing these skills within a charity can be invaluable.

Most junior entry-level charity roles involve being the first point of contact for all press/media enquiries. These enquires can range from everything from writing an op-ed, to a case study led feature to blogposts.

Having the ability to switch between writing tones/styles and come up with engaging and interesting copy for people to read is literally the definition of a writer, and can prove to be a very useful skill for a charity press team

As a media officer, I’ve assisted with writing blog posts, op-eds and even conducting interviews for various publications and websites, and I imagine if you venture into charity PR you’ll be doing the same too.

As writers, I think many of us tend to downplay our skills and assume that these are skillset and the years of experience would only be beneficial for roles in journalism, when the truth is many of us have built upon many transferable skills that most charity press teams would look favourably on – so it’s time we stop doubting our abilities and go for it.

This is part of our career series, helping you to level up and make the most of your potential. 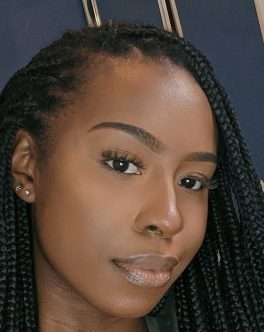 Lateefah is an experienced communications professional who is passionate about amplifying the voices of those who are often underrepresented. She is also a freelance writer with over five years of experience in writing articles, features and op-ed pieces for magazines and newspapers.