“Digital is an invisible infrastructure all around us. We just have to look at the election campaign to see how much a part of the discourse digital has become.”

Adeela added: “Digital is putting the power directly into people’s hands.” Whose hands hold that power though? Our hands or the hands of the people the charity sector exists to support? Digital has the potential to redress the balance of power in an extremely inequitable world. But only if we get it right.

What does getting it right look like for charities? Here are some interesting threads that I think were woven through many of the excellent talks and could be key to finding that answer.

Not making assumptions about people

Assumptions are based on our individual experiences of the world. They carry our biases and prejudices. Things we think we know can be far removed from reality. Especially from other people’s reality.

So do your research. Qualitative and quantitative.

“Misassumptions about age groups could be causing us to go fishing in the wrong pond,” said Matt Haworth of Reason Digital in the opening plenary, emphasising the importance of making evidence-led decisions. Their new research about how different audiences interact with charities online says over 65’s are more likely to donate money to charity digitally than younger people.

Similarly, through understanding the mental models of their users, the Shelter service design team saw an opportunity to improve the user experience of Shelter Legal by redesigning the information architecture to make it easier to navigate the site, based on what they learned through qualitative research.

Then, in his “Ode to Monzo” session, Michael Wilkinson, digital director at Action on Hearing Loss also urged us not to make assumptions about users’ needs, but to instead prioritise the things they actually want.

Research is important, but sometimes, putting ourselves in the shoes of our users isn’t enough. We need to get our users to walk all over our digital.

One of the reasons that I Want PrEP Now is such a successful campaign, is because Greg Owen wasn’t making assumptions about other people’s experiences; it was based on his own experience. You can’t deliver a service for people, you have to deliver it with them.

Creating a strong brand without branding

Brand doesn’t equal branding. In fact, authenticity and trust are sometimes easier to build without branding.

A few people talked about this theme.

One of the top tips from Shirin Zaid of Young Minds UK was that one in six posts they publish on Instagram uses the yellow in their brand to create brand awareness. A strong brand doesn’t mean putting your logo on everything.

Greg Owen touched on this too: “Be authentic and honest,” he said. Strong brands don’t rely on manipulation in order to encourage attachment.

As Ed Hardy said, you should “build your brand so you can set it free.”

Being human (and humorous)

Digital isn’t the same as technology. It works best when it allows people to be more human, not less. Matt Haworth refers to this as “augmented humanity”.

Several speakers had good advice about how to use digital to be more human. Or to occasionally turn the digital off and eat crisps.

In his fantastic talk about workplace culture, Bruce Daisley discussed our need for rituals and connections. We need to create opportunities for people to connect. Because we all have the desire to connect with other people, even the introverts among us.

A good example of being more human in your approach, is Bloody Good Period who use humour to bloody good effect. Rachel Grocott’s session demonstrated how they humanise a topic that tends to be a taboo subject that people avoid talking about.

Matt from Reason Digital shared a beautiful Venn diagram illustrating the content sweet spot – where the cause, your users and your charity overlap. Too many organisations focus on talking about themselves.

Charities engaging with the cause more broadly, rather than focusing exclusively on their own priorities, will get more engagement and donations in the long run, Matt said. There are diminishing returns in marketing at people about your organisations.

As Shirin said, “Money is helpful but not a substitute for good content.”

If we can see our content as a service, maybe we’ll have more chance of getting it properly looked after and appreciated for the key asset that it is.

There were many more great ideas, examples and speakers, that I haven’t been able to mention here. For more highlights from the day, check out #CharityDigital on Twitter. Madeleine Sugden also put together a nice Moment of her tweets from the day. 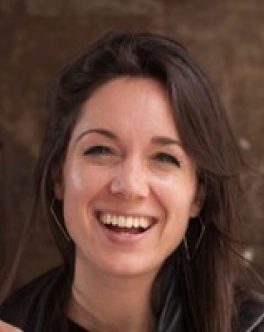 Laura is a director and content strategist who works hard to analyse people's content reality and work out how to make it better. She is passionate about designing strategies, systems and processes to help clients be more efficient and effective in their content efforts, and collaborates with designers and developers to create great experiences for both internal and external users. Laura also trains and mentor people in content strategy and content production.