Engaging an international audience around MS

Delivering something creative and interesting which works internationally can be challenging. It’s not easy to find a campaign concept that works across 90 countries and translates into five languages.

World MS Day has been running annually since 2009 and is an important way to bring together people around the world and raise awareness of issues shared across borders and communities.

In 2015, Neo partnered with the Multiple Sclerosis International Federation (MSIF) to design a new creative campaign for the internationally celebrated day. MSIF is a network of 47 national MS member organisations, which means it’s well-connected and well-placed to navigate the complexities of talking to a global audience.

Starting with the message

Experiences of living with MS differ from person to person, and depending on where you are in the world, everything from diagnosis, treatment and support, to education, employment and political representation can vary.

This challenged us to find a simple message that could galvanise engagement on the day and provide a platform for talking about equality of access that would be relevant regardless of where you are from and could be easily understood by wider audiences.

We all wanted to use this opportunity to encourage those experiencing MS to share stories that relate to a broad range of barriers to access faced by people with MS around the world.

The solution we created together was ‘Stronger than MS’. This approach focused on the concept of strength in numbers and strength in relationships; celebrating how we work together to support each other.

We wanted to create an opportunity for anyone experiencing MS to say thank you – to loved ones, friends, carers, health professionals. Whoever's helped them live with MS, to be strong.

It was important to use universal messages that could be understood in different countries and were easy to translate. We used illustrations of animals, representing the different ways we work together to look after one another. Geese were chosen for the ability to travel thousands of miles together, echoing the inner strength and journeys of those affected by MS. Honeybees symbolised strength in numbers and hard work and huddling penguins showed survival and co-operation.

Meanwhile we worked with Brighton-based developers John King and BrightMinded to develop the campaign website, hosting a user-friendly toolkit of campaign assets and allowing members around the world to add their own events to the global map. MSIF wanted a platform that could be repurposed in the future, which meant binning the existing microsite and thinking about how the new site would work over time, not just the run up to the big day.

The campaign reached a global audience on social media (including 16.4 million English-speaking Twitter users), connecting people via the #strongerthanMS and #WorldMSDay hashtags. Members embraced the visual campaign, even adapting the creative to make their own bespoke materials.

This campaign allowed us to tackle a wide range of challenges that people with the condition face daily across the world, but it also gave us a way to increase more general awareness of MS and put a spotlight on the fact that people with MS aren’t able to access the everyday things others take for granted.

We also feel a great sense of achievement in creating a useful platform which effectively promoted, increased and diversified the involvement of our national MS societies and the global network of MS organisations. 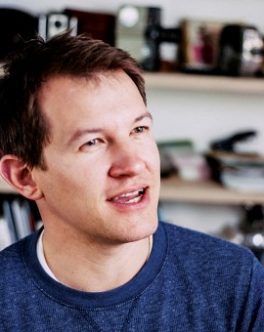 Charlie leads on brands and campaigns at Neo. He is interested in how to bring clear insights, creativity and authentic ways of working together in service of the messages that really matter.