Bad strategies fail. It doesn’t matter whether we’re talking about a digital or comms strategy, or something that covers a charity’s entire body of work. They are, invariably, doomed to fail.

They fail because they’re vanity documents, crammed with business-speak jargon or meaningless, abstract sentiments that don’t relate back to anything tangible. (“We’ll aim to DELIVER SUCCESS in ALL WE DO…”)

They fail because they’re written according to a sense of generic obligation, a vague feeling that this is what a strategy should sound like, rather than addressing the organisation’s specific needs.

They fail because nobody outside of the planning group gets to see it in advance, other than the poor designer who spends three weeks rearranging the stock imagery.

You can display a perfect understanding of where your charity needs to go, while addressing exactly what you need to accomplish to get there…and still fall flat when it comes to sharing your ideas with your wider organisation.

Below, I’ve written up five states of failure that can derail any strategy during the implementation process.

Symptom: “I know we aren’t supposed to do this any more, but…”

The strategy is launched – and goes down a storm. Colleagues nod approvingly at its principles, and express excitement about its aims.

Unfortunately, those aims and principles haven’t been properly mapped to specific actions. There’s no clear schedule going forward (other than follow-up meetings for the strategy team), and responsibilities haven’t been allotted across the organisation.

As a result, everyone agrees what should happen but without concrete guidance, team members quickly revert back to their default behaviours.

Solution: Make sure your strategy is a working strategy. By the time it launches, you should have all the planning in place to begin implementing your first actions. Don’t put your vision out into the world and only figure out afterwards how to take things forward.

Symptom: “I honestly haven’t had a chance to read the strategy document yet, but I keep meaning to get around to it…”

The strategy itself is sound – but it isn’t presented clearly enough at launch. Perhaps it’s inaccessible or overlong. Perhaps it isn’t delivered to staff members in the right form, but simply dumped on the intranet, where it quickly gathers dust. Or maybe the launch workshop clashes with a particularly sunny day, and nobody attends.

Solution: As ever, put the user first. It’s far too easy for a strategy to come across as a nuisance to your colleagues, so you can’t give them any reason to dismiss or ignore it. Make sure your strategy is presented in a way that’s simple, accessible, and convenient for them.

Symptom: “Have you seen what their new strategy wants us to do? You know that’s going to affect our targets this year…”

The strategy calls for teams to change their behaviours or tactics. However, it doesn’t take the time to acknowledge the team’s everyday needs, or address why those behaviours existed in the first place.

As a result, the strategy may see success, but there’ll also be a good deal of justified resentment and frustration towards it.

Solution: Make sure you communicate with other teams in a way that’s targeted, and addresses their concerns.

If you intend to change a problematic process or way of working, start out by understanding why it exists, and why your colleagues might feel more comfortable keeping it in place. Talk to them about the conflict, and figure out areas of compromise.

Symptom: “I know it isn’t really the sort of thing we’re doing any more, but I’ve got this project, and I’m hoping we can just push it out…”

Senior stakeholders have given their blessing to the strategy – but they aren’t actively engaged in its success. As a result, they’ll tend to quietly ignore it when it clashes with their own needs, sidestepping your carefully-established processes to get what they want.

On each occasion, it may seem easier to give them what they want. But after just a few ‘special circumstances’, other stakeholders feel like they no longer need to abide by the rules, and the strategy is defanged.

Solution: Put the time in with senior staff members; aim to win them over as advocates, rather than just gaining their general approval. Ensure they know how they can help to make the strategy a success, and ensure they see the positive results. See Chris Deary’s excellent piece on why “It takes a comms strategy to develop a comms strategy.”

Symptom: “So…exactly why are we doing all of this, anyway?”

The strategy launches – and, at the time, it’s implemented successfully.

But two years later, a significant number of staff members have been replaced. New starters are given the strategy document to read – at the same time as a dozen other documents – but nobody is there to talk them through the strategy directly.

As a result, your new colleagues won’t be enthusiastic advocates of the strategy – more likely, they’ll feel confused or frustrated by a status quo that hasn’t been properly communicated to them. Cue opposition, and miscommunication.

Solution: Embed your strategy into your organisation for the long haul. Keep developing your tactics. Keep discussing your aims and conflict areas, and keep sharing your achievements.

Don’t assume that people will be sick of hearing about your strategy in 2020, or that they’ll still understand it as clearly you do.

Get your strategy right, get the implementation right, and above all avoid these five states of failure – and hopefully you should see success.

Common Purpose: getting everyone behind NCT’s new strategy for growth 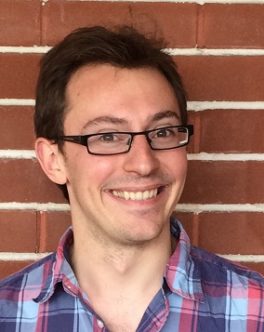