Issues can escalate very quickly on social media, so you need to be prepared for crisis situations when they arrive.

1. Know what a crisis is

I’d define it as something that will have a long lasting impact on your brand. It could be a complaint about your service, inappropriate behaviour by staff or trustees, redundancies, a legal issue, or anything that is likely to make your supporters think negatively of you.

You probably have a complaints policy – refer to it. If you don’t, write one! The best thing to do is to get the complaint off social media – give them a personal email address to contact and get back to them as soon as you can. Even a holding email saying you are investigating their complaint is a good start – especially if it comes in on the weekends.

We all have opinions and ideas for the way organisations do their business. Often people will share these on social media – especially if they really care about you or your cause. It may not be a complaint at all, it might just be feedback.

I do think it is good practice to respond to your supporters and to pass their opinions on. But remember, it is usually just one person’s point of view. If lots of people agree with the feedback then it can become a crisis where you need to act, like this Odeon Facbeook feedback with nearly 300,000 views and over 25,000 comments.

Is it something of your own making?

There may be things happening in your organisation that are a reputational risk. Talk to your HR team and managers, use media stories like the HMV crisis to remind them of the need to plan for social media too.

Have you said something you didn’t mean to?

Sometimes you’ll get the tone wrong. Or “cross the streams”. As social media managers we often have our personal accounts on our phones or home PCs. Be very careful. Personally, I would never tweet something I wouldn’t be happy with my grandma or future boss seeing. Never tweet in anger!

One important point to remember: don’t rise to troll bait

I increasingly see deliberately controversial articles, designed to get a response. If you choose to respond, think carefully about how you will approach it. Does it fit into one of the categories above? Is it: Feedback about your brand that could go viral? A complaint? A reputational risk? If it’s not one of those things, I wouldn’t get involved. You probably have a huge to-do list and better things to do with your time.

2. Find out who can help

Do you have someone who can help? A social media crisis is a problem for everyone, so push for senior people to be involved. Even in smaller organisations there will be someone who should work with you to deal with a crisis – maybe even the CEO.

Get their agreement in advance, so they’re available in crisis situations and prepared to drop everything to help. Use them to check your crisis plan and response. If you’re the only person in your business who deals with comms, get your senior leader involved or think about a mentor. You can also reach out to your networks on Twitter.

Crises usually happen at the worst times, often out of hours.

Be prepared to react quickly. There’s nothing worse than people complaining with no response from the organisation. Make sure you check your social media over the weekend. Share it around with others if you can, you need to look after your mental health too.

The more scenario planning you can do, the better you will feel. It may not prepare you for everything but it should give you a good place to start when something goes wrong. Write a short crisis plan and share it with your crisis team.

When you are writing your scenario responses, make sure they are meaningful and on brand. Don’t be afraid to say “We’re sorry, we got it wrong.” A wishy-washy response won’t nip your crisis in the bud. Have a look at this example from the US, where a response to a criticism of airport x-rays went horribly wrong.

If you haven’t got a response, explain the office is currently closed and you’ll get back to them first thing on Monday morning.

4. Communicate to the rest of your organisation

Crises can start on social media, but they probably won’t stay there. You might get emails, phone calls and letters from angry supporters. Give your colleagues the key messages to deal with these, or get them forwarded to you to respond.

Like all things, when your crisis happens it will pass.

We’re all human and we all make mistakes from time to time. We care about the people we engage with and should be worried about things going wrong, but we can scan for threats, plan and react professionally. Have a look at last year’s top social media fails of 2012. Pin this above your desk: Air Force response diagram.

When it happens, craft a response that addresses the points raised and try to respond to everyone at once – use tools like Twitlonger if you need to. Follow your plan. Try to de-personalise. Call on your team and wider network for support. Get away from your desk for a while if you need to.

Hopefully a big crisis won’t happen to you, but if it does and you’ve addressed the steps above, at least you’ll be prepared.

Taryn spoke at our digital impact conference on 18 July 2013. 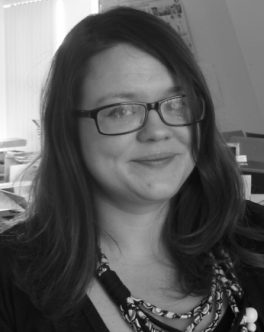