This article could’ve been called, ‘How to get those pesky fundraisers to do what you tell them.’ It would’ve been catchier and, let’s be honest, most of us have thought it at one point or another.

But that’s the wrong starting point for genuine integration – in other words, joined up activity across different media and different teams that helps you to achieve an overall organisational aim.

Tip 1. Agree what you want to achieve from working together

It’s not about bending others to our will (right though we undoubtedly are). It’s about understanding colleagues’ objectives, seeing how they fit into your organisation’s strategy, and showing the value of working with marketing and communications.

After all, I’ve yet to meet a director of campaigns, services or fundraising who doesn’t think their teams’ jobs would be easier with greater awareness of their work.

When planning our integrated campaign ‘I am here’, our starting point was RNIB’s new five year strategy. A shared understanding of our core organisational aim, and what we needed to do to achieve it, helped us to set ambitious but clear goals for our individual teams.

For some people, a campaign is not integrated unless it looks and sounds the same across every channel. This approach can work well for short bursts of activity across a limited range of media, but it’s harder to get right for longer periods or if you’re working across different functions. There are other ways to integrate: using the same real life examples across fundraising and PR, for instance, or the same killer stats at every touchpoint, whether online or offline, or in earned, owned or paid for media.

From a shared understanding of what you’re trying to achieve should come a framework, or an overarching idea that’s fertile and flexible enough to span function and channel, and can evolve over time as you take your supporters on your campaign journey.

Tip 3. Get the right people round the table

Who’s providing your stats? Who has the final say if there are disagreements? Who’s managing your real life examples? Do you have any skill or capacity gaps that you need to address with external support? At what point do all of these people need to be brought in?

Whatever project management model you use, make sure you’re clear:

You’ll need to compromise, and pick your battles, but not at the expense of the success of the campaign. Stick to your guns on the important stuff, and when you smash your first set of KPIs, or see the change you’ve brought about in your audience, you’ll be pleased you did.

Of course each team should be able to measure themselves against their own KPIs, whether that’s income raised, Facebook likes or petition signatures.  But you also need something that shows how the work hung together.

For ‘I am here’, we ran pre and post campaign evaluation with our target audience. This showed:

However just as important was the effect on our monthly brand health monitor. This showed that consideration to support us – as a volunteer, campaigner or donor – rose by nearly 50 per cent.

All in all, it’s a pretty convincing argument for working with those pesky fundraisers.

Natasha was a speaker at the CharityComms conference on integration on 26 February 2015. View the presentations from the event here 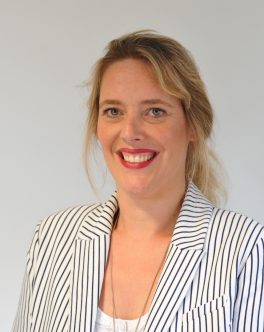