On Wednesday, CharityComms kindly let me take over their Twitter account to live tweet from their digital conference in London. It was a day packed full of interesting, insightful presentations, discussions and practical workshops and I left with my head buzzing full of ideas and possibilities. 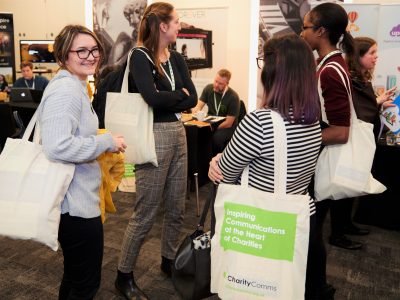 Here are my top four takeaways:

1. We’re in the age of service delivery

Matt Haworth, of Reason Digital, opened the conference with a talk on the state of the sector, which has been informed by research that they’re launching early next year.

According to Matt, in the past digital was used for communications – building websites so people could find information, and through social media where we could raise awareness and market our services. This was clearly a successful stage in the relationship between charities and digital as Reason Digital’s research shows that 48% of the public has interacted with a charity online. This early success was then followed by a move into a digital fundraising era where charities either built their own donation platforms or used third party ones, before reaching the stage we’re now in which is the age of using digital in service delivery. Well, at least this final stage is where we should be!

However, as Reason Digital’s research showed that only 5% of the public had used a charity’s service online, Matt kindly shared four things we need to think about when innovating the services we deliver:

2. Digital is not about technology. It’s about people

Adeela Warley, CEO of CharityComms closed the conference by saying, ““The digital mindset doesn’t start with technology, it starts with people.”

You can have the best technology in the world but if you don’t have people with the right skills asking the right questions, and a culture that not only realises the potential of digital but actively embraces and encourages it, you quite frankly don’t have anything. And this needs to come from the top.

Also, it’s about the people you help. Understand what it is they need and how technology can help you best serve them. Start with people then technology.

3. Digital leadership has nothing to do with tech skills

A session with Giulia Merlo, service design lead at Cancer Research UK, about digital leadership was one of my highlights. There were so many excellent points made but there were three that really struck (and stuck) with me:

4. AI is not as scary as it sounds

The last plenary was a panel discussion on the current and imagined state of AI in our lives. I’m not going to lie but I was thinking this would a) be way over my head and b) not be relevant to the majority of charities in the room. Well, how wrong was I? The panelists were all excellent, but the star for me was Akil Benjamin, head of research at Comuzi, who has a gift for explaining AI in such an accessible way! What stood out for me was that AI:

I had a brilliant day at the conference, learning from my peers in the sector. If you want to delve a bit more into some of the sessions, CharityComms will be talking to some of the speakers in a future podcast episode. For now though, I highly recommend listening to both parts 1 and 2 of ‘Engagement wasn’t built in a day’ on the podcast. Inspiring stuff.

Keep an eye on the CharityComms website for a Wakelet of tweets from the Charity digital conference, a picture gallery featuring images from the event, slides from the day and information about a selection of films that were shown at the event. 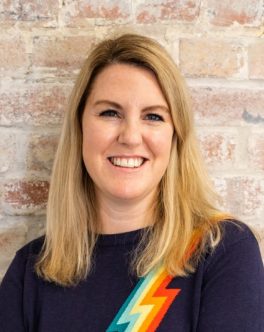