Friends at the top: getting to know your trustees

If communicators want to improve the influence of comms at the top of the charity, we need to understand where our trustees are coming from and prepare to help tackle their concerns. It’s time we got to know our trustees.

Help them understand the role and value of comms

For Trustees Week 2016, we’ve produced Understanding communications: a brief guide for charity trustees. Why not ask your CEO to circulate it to the board, and suggest it’s included in your trustee induction programme? Or offer to present to the board on the role and value of comms at an upcoming trustee meeting, and take the guide along as a handout.

Quite naturally, communicators tend to think their discipline is king, and might be inclined to view any contact with the board as a chance to promote new projects and successes.

Let’s not forget, however, that our trustees’ expertise and passions probably lie in other spheres of life and, when it comes to the charity, their prime interest is in governance. We should learn to speak their language.

Gail Scott-Spicer is CEO of Carers Trust, vice chair of CharityComms and a trustee of Money Advice Trust. She says:

What I’ve realised, having moved from being a comms director to a CEO and a trustee of a couple of charities, is that you are suddenly in a different world.

An organisation’s priorities, and the role of comms within them, will be clear to a comms director who has strong board-level relationships. Where channels of engagement are less well-established, the challenge is to pin down board concerns, demonstrate how communications can progress organisational goals, and find comms solutions to applicable problems.

But it’s not all about strategic-level assistance. There may be simple things you can do to help make a trustee’s life easier. For example, in a small charity with no formal comms function, a few practical measures could help ensure everyone is aware of core values and charity outcomes.

Marketing executive Chris Lee, trustee of the Men’s Sheds Association, has worked in the charity sector for over 35 years.

One thing that always surprises me is when I overhear trustees describing their organisation – and it is not the organisation I am working for! I think it’s about giving trustees the tools to be effective and consistent in matters of corporate communication.

A great way to do this is to give each trustee a few postcard-size profiles of how the charity or social enterprise has benefited particular individuals – these could be real life cases or an amalgam of two or three.

“When next someone says, ‘Oh, you’re a trustee of XYZ, what do they do?’ trustees can come out with a consistent and useful response – it’s also personal and powerful.

Your board of trustees may be an unexploited resource, harbouring all kinds of technical expertise that could help comms – with information, contacts, guidance or fact-checking, for example. The difficulty may be finding opportunities to learn what individual trustees bring to the table; wariness of board over-involvement can also get in the way. Yet obstacles can be overcome through fostering a climate of mutual respect.

Large charities often employ strong, multi-faceted comms teams and adhere to the principle that trustees govern while executives do the work. However, many charities – particularly smaller ones – recruit trustees who are prepared to roll up their sleeves.

Peter Jenkins is managing director of external affairs at Leonard Cheshire and also a trustee at Cambridge House. In his trustee role, the chief executive will call on him as needed.

For example, when the crisis hit Kids Company, Cambridge House was involved as a similar charity. I acted as a media advisor and did interviews on Channel 4 news and Sky News. I was playing a role for them, a bit like what I do in my day job, but it was all informal.

Even major charities will call on trustees to fulfil executive functions if the situation demands and the structures fit. Samaritans is a large national organisation, revolving around the work of over 20,000 volunteers.

Samaritans chair Jenni McCartney’s broadcast interviews, blogs and other writings have become a major asset for the charity (and won her a CharityComms Inspiring Communicator Award to boot). She says:

I have been involved in dealing with the media for just over a year, since I became chair. I have always felt well-supported, I work with professionals who brief me well and people are comfortable about the communications I do. That makes me feel more confident about it, a lot more confident than I did in the beginning.

This article is taken from CharityComms’ Best Practice Guide How to talk to your trustees about comms. Download the full report for free.

Our companion report aimed at trustees themselves, Understanding communications: a brief guide for charity trustees, is also free to download. 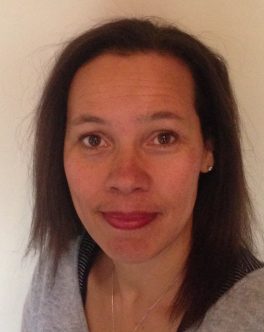 Kay Parris is a freelance writer, journalist and editor working in the not-for-profit sector.