Going up against some of New York and Philadelphia’s best creative agencies, Tusko won a pitch to create a digital campaign tackling life sentences within the American prison system. But winning the pitch was just the beginning, creating a holistic approach to the #SecondChances campaign’s digital strategy was essential to deliver real impact and push for social change.

Devising a digital strategy which included three mini documentaries, a content driven social campaign, web design, SEO, and PR – the team focused on a number of areas where they needed to deliver impact. It was important to impact the hearts and minds of people – as these are the things that impact behaviour and turn eyeballs into action. So here’s what we did to create a fully symbiotic relationship between objectives and digital services and push the #SecondChances campaign into the public spotlight:

Tusko has always been content and story driven. The mechanics behind successful campaigns are aided by, or rather largely dependent on, the strength of the content.

Members of our team spent five weeks in Pennsylvania USA (pre lockdown of course), working in the maximum-security prisons for women, while the team in the UK began laying out the campaign. This meant we had footage behind the scenes of a Maximum Security Prison in the US, which is notoriously difficult to get and helped the campaign to no end.

I am shocked at how deep, empowering, informative, emotional and strong they (everyone’s stories) are.
– The reaction from Tameeka (who is in prison)

Audiences are more used to shocking news headlines or reportage that characterizes prisoners as ‘born bad’ and so irredeemable but our footage shows incarcerated women in a new and refreshing light – one of compassion. This helps audiences connect with the women in a way that isn’t as possible with any other media format.

Given how powerful the video content was we wanted to use it to encourage users to take specific actions which were in line with the campaign objectives. To ascertain what these objectives were, Tusko developed an Impact Strategy – a holistic approach to aligning the campaign’s specific objectives with digital solutions. Objectives included increasing subscriptions to the #SecondChances campaign mailing list, which we did by 8.7%, while another was to increase the amount of monthly donors, which we increased by a whopping 54%.

This success was achieved by readying the content for digital channels, including being up to date with social specifications and taking advantage of their optimisation advice. Then linking all the content to one place where the audience could find out more information, or act immediately.

Our top tips for doing this yourself:

The films did a great job of educating about the process while making a strong human connection to how impactful and broken the commutation process is.
– Audience reaction

Each piece of content for this the #SecondChances campaign had a specific ask which allowed us to measure behavior change, and see how we were working toward the objectives we’d outlined at the start.

For example, here’s how we refined the campaign’s ask in different ways across different areas …

On the donate page

One of the goals of the campaign was to encourage people to navigate to the ‘donate’ page. Data provided by WordPress, shows that during the three months (July, August, and September) that Tusko worked on the campaign, 21, 55, and 24 people visited the site. People visiting the site in August was the highest in the whole year, and in fact highest of all time for the #SecondChances campaign website.

These three months made up almost 40% of total traffic to the donate page for the year and increased monthly donors (or ‘sustainers’ – as the coalition of organisations behind the campaign prefer to call them) by 54%. This was made possible by a combination of strong content, optimised for platforms, with a clear ‘ask’ and an efficient customer journey, combined with a basic web redesign and SEO work.

The Search Engine Optimisation (SEO) utilized during this campaign has contributed to the increase in website views during the campaign, and will also increase website views on an ongoing basis.

As various other marketing efforts during the campaign period would have greatly contributed to the large spike in traffic seen between July and September, we specifically compared the period before we did SEO (March – June), to the period after our SEO efforts took effect (October onwards).

What we saw by doing this was a 167% increase in website visitors.

When we started the campaign, the website that was to house it – lifecyclestowardfreedom.org – was almost invisible via Google search. Using SEO we have greatly increased its visibility online and raised the profile of the #SecondChances campaign. This means when people search for terms related to the campaign and the cause, they are much more likely to find and visit your lifecyclestowardfreedom.org.

Specifically, we started with 0 keywords that could be found via Google search but now are up to 56 keywords that can be found via Google search, six of which will be displayed on the first page of Google. For example, if you search “todd rae tarselli” – the name of a person serving life in prison without parole – you should see lifecyclestowardfreedom.org on page 1.

Essentially SEO increases traffic to websites which in turn increases awareness of causes and the chance for increased support.

Need more proof? Then just take a look at what the post-campaign figures had to show…

To find out more about this campaign go to Tusko’s campaign page.
They also have a page dedicated to digital marketing for charities and nonprofits.

For more strategy advice join us for The new rules of audience engagement conference. 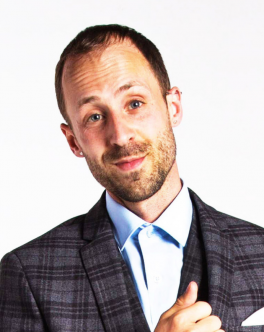 Tusko Agency is an award-winning creative agency based in Bristol and London specialising in content creation, ethical marketing & design. They have designed a number of service packages that aim to get charities online and engaging with their donors and service users.