Home › Knowledge Hub › Guides & reports › How does your comms team stack up?

How does your comms team stack up? 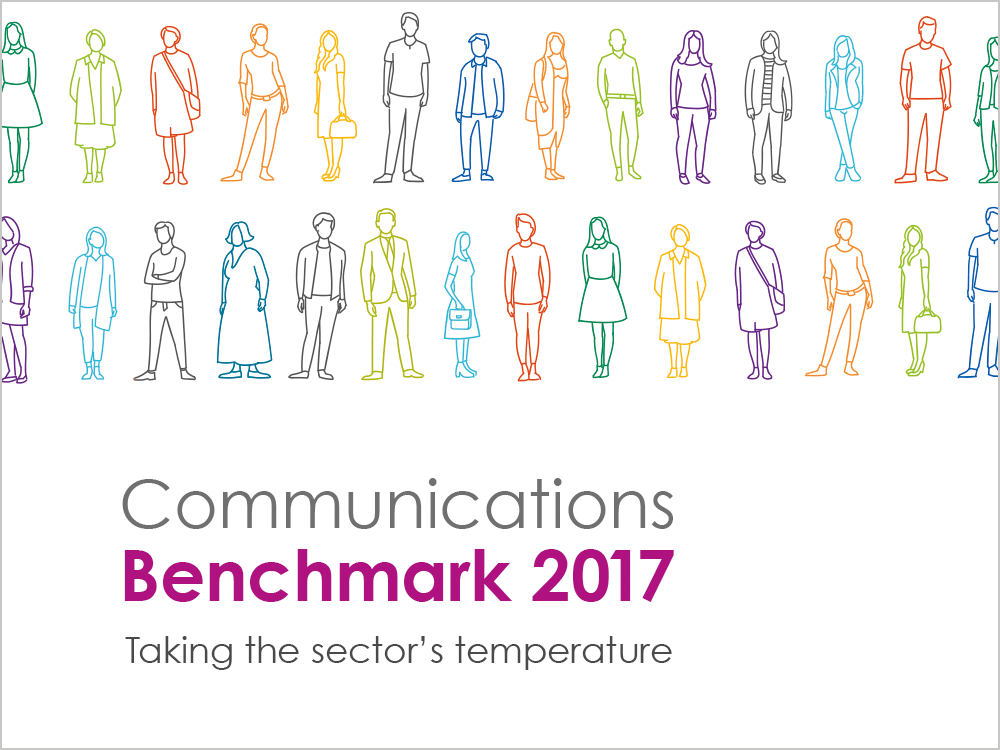 In 2007, MySpace was the world’s most popular social network, Gordon Brown was prime minister and only the earliest of early adopters had an iPhone. It was also the year CharityComms was born.

Today, one Brexit vote, and millions of smartphone swipes later, the landscape looks very different. But, despite big political and technological changes, one thing has stayed the same: comms is still at the heart of how charities change the world.

For the last decade, CharityComms has been tirelessly flying the flag for comms by connecting professionals and sharing best practice. In our tenth year, we’ve launched the Communications Benchmark 2017: Taking the sector’s temperature, to investigate how our sector has evolved over the last 10 years, and what might lie in the future. To follow our 2008 and 2012 benchmarks, this year we asked comms professionals at 273 charities a series of searching questions about their views, and analysed the results.

The good news is the sector is in good health. Charities now value comms more than ever and the rise of digital has helped support the importance of comms. However, a lack of understanding and appreciation of comms in some organisations still affects a significant minority of teams, with knock-on effects on strategy, resources and staff morale.

The report has been designed to help you:

Curious how your organisation stacks up against others in the sector? Download a copy of the report, Communications Benchmark 2017: taking the sector’s temperature.

Duncan left CharityComms in 2018 to pursue an MA in Public and Social Policy. Over three years at CharityComms, Duncan moved from communications officer to project manager, successfully delivering projects such as the new-look Digital Benchmark platform and Communications Benchmark 2017 report. Duncan also volunteers with Turn2us to support people in need to gain access to benefits and grants.
Tweet
Privacy & Cookies: This site uses cookies. By continuing to use this website, you agree to their use.
To find out more, including how to control cookies, see here: Cookie Policy