How small charities can benefit from using gaming fundraising like Twitch

In the changing landscape of fundraising, digital has charged to the forefront and charities are looking at innovative platforms to reach new audiences, such as Twitch.

Viewing numbers for gaming live streams have skyrocketed over the last year. Over 1.6 billion hours were watched on Twitch – the biggest live streaming platform – each month alone. Gaming is a massive part of culture across the world – not only youth culture.

To test this fundraising opportunity, we created Become Players: a growing community of gamers taking on fundraising challenges for our charity, which supports young people in care and care leavers.

Here’s how we went about it…

Our plans started in December 2019 with one DIY supporter, Matt, who set up a JustGiving page for his gaming marathon challenge.

I am not a regular gamer and I’ve never streamed, so Matt’s input became crucial. I had so many questions but little capacity to research the answers (being a fundraising team of three, including a Trust fundraiser and our Director). I called Matt and he was happy to be an advisor for us.

We launched our first gaming challenge within two weeks of the first lockdown. For ease, we chose the most common charity gaming challenge out there: a gaming marathon, or ‘gameathon’. We offered three ‘levels’ of the #BecomePlayers Marathon 2020 for gamers to choose from: 6, 12 or 24-hour marathon.

Using a mixture of organic and paid advertising, we generated nearly 350 sign-ups, 60 of which set up a page on our JustGiving campaign page, and 30 of those went on to fundraise a combined total of over £5,000 – making the return on investment (ROI) 16:1.

We targeted all gamers, from beginners seeking out a new hobby, to veteran streamers. We soon had lots of beginner streamers getting involved, most of whom use Twitch.

Engaging the gaming community on Twitch

The main aim for streamers on Twitch is to build their audience. Charity streams can be a great way to do this.

A charity stream is a positive ‘special event’ towards which streamers can engage their audience. Providing an online community for beginner streamers around your charity is mutually beneficial, as it can help them to share tips, advice, and give each other a ‘follow’ so that everyone’s audiences grow. Read on for how Discord has provided the space for our community to come together and grow.

It is worth having a look at Twitter hashtags including #TwitchCommunity and #SupportSmallStreamers to see the scale of this gaming audience.

How charities and gamers can help each other

It’s meaningful to engage with your supporters during their charity stream. Set up a Twitch account with your charity name so that when you say hi in the chat, streamers will be glad to know that you’re there supporting them. It can take some juggling if you’ve got a dozen streams up at once, but even viewing a stream without chatting – known in the Twitch community as ‘lurking’ – is significant for beginners growing their audience.

The more opportunities and tools you can provide for beginner streamers to engage and build their audience, the better their streams will be, and the more they will be able to raise for your charity. That can include how-to guides, donation cheat sheets and Q&As with experienced streamers.

Engage with your community digitally too!

We use Mailchimp throughout our stewardship journey, but open and click-through rates from gamers are lower than our norm and very few reply. To better communicate and build relationships, we created our own Discord server.

Discord is an instant messaging platform used by gamers. We now drive all new sign ups to our Discord. It has been a huge success in growing our community, building excitement towards our challenges and for getting direct feedback. Experienced streamers in our community also answer those technical questions from beginners about gaming, which I’d have no idea about!

Our target audience is adults, but as a charity supporting young people, we must anticipate that some under 18s will join. There are various safeguarding and moderation tools that can be put in place on a Discord server, but each charity must assess the risks for their own audiences and make it as safe and positive a place as it can be.

The opportunity of influencers

Influencers are a huge part of gaming streaming and some have millions of followers. Many can, and have, raised tens of thousands for charity in a single evening.

Some will host a charity stream for you at a cost. Our strategy with Become Players is to approach small-to-mid level influencers who are more likely to be reached via DM. Being able to offer them the likelihood of new followers from our Become Players community can help.

Every charity should think seriously about gaming fundraising. After one year of testing & development, we’re set to raise over £16,000 for our small charity, engaging mostly new & younger audiences – without any influencers behind us. That’s our next step, and we’ll start our search on Twitch.

In our latest survey with Media Trust, it is clear that digital is still one of the main challenges so we hope this helps in your digital fundraising plans. 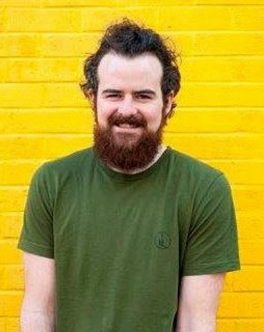 Will has been the Fundraising Manager at Become for approaching two years and has been working in public fundraising for six. He's a part-time gamer but could get sucked back into World of Warcraft at any moment.