How to appeal to the donors of the future

Donor acquisition is understandably still a main priority for charitable organisations. But the job of acquiring and retaining those donors is no longer just the focus of one team alone. Instead, fundraising teams are working collaboratively with other teams across their organisations to achieve more with the donors they have and recruit new supporters through other channels.

However, our world has changed, so charities have to stop and ask themselves:

Each generation of donors has its own nuances. Your future donors are Generation Z and Generation Alpha. Generation Z is a group of technology natives, independent and loves the ability to curate their preferences and mould their experiences. Generation Alpha has spent formative years of their childhood in lockdown and will be even more tech-savvy, emphasising artificial intelligence as their reality; social media will be their dominant mode of communication. Unsurprisingly, these younger donors use mobile and social media more than any other age group when it comes to giving. As a result, charities reaping the benefits of donations from younger audiences are the ones with finely tuned targeting, mobile optimised campaign content and speedy digital payment services.

But the challenge ahead is that charities need to start looking at emerging technology to continue meeting new and existing donors’ preferences.

Here are some tips on how to do that…

It’s essential to stay updated with traditional digital channels to keep donors engaged, but it’s just as important to keep an eye on new trends and emerging technology.

No surprises here, but a big upcoming trend is that hybrid events are likely here to stay. While many charities feel that virtual events don’t have the same impact as in-person events, hybrid events allow the best of both worlds. It not only gives charities more opportunity to reach new potential donors and overcome geographical limitations, but it also considers those who are more comfortable with interacting virtually. You won’t alienate anyone by adopting a hybrid approach, but make sure to build an event that speaks to everyone.

For example, you could also offer the same content you would provide in a live setting via an online stream or by a video available to download. Or you could offer different ticket levels, a virtual ticket could be the cheapest option, a hybrid option would offer them the chance to attend in person but also have access to virtual options and finally an in-person ticket.  If you get the balance right, you can reap the rewards of more support, fundraising income and advocates for your cause.

TikTok is another big trend to watch and is the latest social media channel driving traction for charities with some standout statistics. For example, the British Red Cross has gained over 400,000 followers on TikTok and seven million likes sharing helpful information in short, engaging videos available in 15 or 60-second bursts or three minutes. Its format works well because people have a short attention span when interacting with social media. Having short videos increase the likelihood that people will not only watch the whole video but engage with the message you’re putting out before they scroll to the following video.

TikTok also shares initiatives that creators can jump on to increase their reach. For example, TikTok for Good launched hashtag challenges that allow charities to share promoted hashtags to encourage users to donate and show support for campaigns. In addition, a younger audience is more likely to be on TikTok, so having a presence on that platform will place your charity in the right position for this audience.

As we’re starting to see more donations come through online and the emergence of a cashless society, it’s only natural that charities are trying to integrate giving opportunities into everyday tasks. There are plenty of apps donors can sign up for to donate their spare change, such as Pledjar, Roundup, and Sustainably. You have to sign up for your charity to appear on the apps, which you can do via the links above. Although there is a joining fee for the apps, Sustainably offers charities a one-off fee of £150 plus VAT to join.

The blend between giving and commercial transactions is only going to increase. Apps like this work seamlessly as supporters go about their daily lives. Say a user of the app spends £2.75, the app will round up that purchase to £3, and 25p will be donated to a charity of their choice. This kind of technology is brilliant for busy people who may forget to support even if they want to. Apps available to donors during regular purchases mean your organisation will gain more support because you were at the right place and the right time.

It’s becoming more apparent that donors want gratification for the help they give and understand the impact their donation makes. While this could be something as little as a thank you, more organisations are looking into the opportunity to increase revenue with a transaction instead, like a subscription box. The Buddy Box from Blurt is an excellent example of this opportunity. The box costs £21.50 and includes at least five things that support Blurt’s cause. It includes thoughtful, self-helpful, self-caring, and mood-lifting treats such as books, inspiring quote cards, face masks, tea, stationery and more. Described as a hug in a box, the Buddy Box has attracted more than 1,200 monthly subscribers and is the primary source of income for the company. So it’s well worth looking into more unique ways like subscriptions that will help reach new donors and improve income streams. Subscriptions like this are surging in popularity for every age, so there is an opportunity for charities to take advantage.

Remember: go where your donors are

Ultimately, your organisation has to find donors where they are and offer them a menu of options. Relying on existing donors will mean a steady drop in giving; investment in digital technology and new ideas is paramount for reaching the donors of the future. Because as they change their habits, your charity must too. 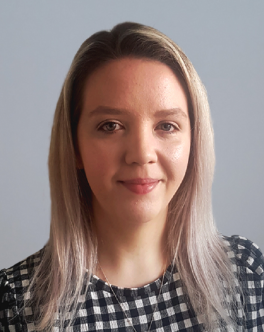 Rachel Capper is the creative content & engagement manager at Dreamscape Solutions, a digital agency working with charities to help them achieve sustainable fundraising through digital innovation. Rachel has over 10 years’ experience as a copywriter, with extensive knowledge in writing for a variety of sectors.