How to help your CEO become more social

Charity leaders are seen as the human face of their organisations.

There is an appetite for CEOs to use social platforms. Eight out of 10 people say they’re likely to trust an organisation whose CEO and team use social media. Now is the time for senior leaders in charities to be visible, transparent and reachable online.

What do charity leaders need to take advantage of the unprecedented opportunities that digital and social media presents them? And how do they manage the threats? The answers come from above, below and the sides.

A jolt from above

Even leaders have people they look up to. Entrepreneur and PayPal founder Elon Musk, as well as one of the most high profile bosses on the planet, Richard Branson, find the time to use social media.

They do it for the extra visibility it brings their organisations and causes. This is even more important for charity leaders, because their cause can actually change the world.

Social media success isn’t just about knowing what to say, but learning skills needed to navigate unfamiliar platforms. What’s more, translating what can feel like a whole new language of hashtags, @-ing and retweets is no mean feat.

The good news is that charity leaders don’t need a phrasebook. They have personal tour guides in the form of their own staff.

Even organisations that lack fully fledged digital teams will have a member of staff who, as one of our recent trainees put it, was roped into leading their digital strategy because she was never off her phone! An enthusiastic advocate of the benefits of social media can inspire those CEOs feeling timid, fearful or unsure what to do with some advice or basic training.

Inspiration from the sides

This is the fun bit. Any charity leader who wants to represent their cause in a human way on social media will find plenty of examples of their peers doing just that. This list of winners of the best charity CEOs on social media from last year and the year before is full of those same people still tweeting today.

Just like the rest of us, CEOs have a healthy sense of competition. When they see their peers and rivals (in the friendliest way of course) getting stuck in, they’ll feel a drive to do the same, as well as getting a steer on what to do.

Julie Bentley, CEO of Girlguiding UK, is one of the judges for the Social CEO 2015 awards. This is what she said about her social media journey:

I soon realised several things: the most important for me, as CEO of a large membership organisation, was that Twitter gives people a simple, direct route to me, to share their thoughts on Girlguiding – both good and bad.

Find out more about charity leaders doing good things on social by checking out #socialCEOs. 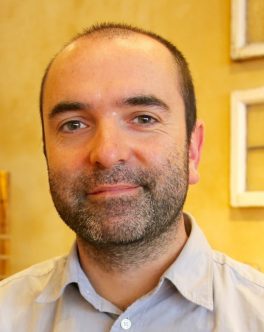