iPads and the future of charity digital communications

iPads have been available in America since 3rd April 2010, and since 28th May in the UK;  by June, Apple had sold 3 million of them. Estimates are that Apple will sell 12 million in 2010 and 50 million a year in future years.

I’ve been fortunate to have been using one as part of my work for the past three months and I’ll admit to being an enthusiast – but don’t just take my word for it. There are some great surveys available on how people are using iPads from Yahoo and Cooper Murphy Webb and we are starting to understand how people are interacting with them. The Cooper Murphy Webb survey offers these figures:

The Yahoo survey highlights that the sweet spot for the iPad user base is the 30–54 age range – a key target demographic for charities.

It’s early days for getting data on charity iPad usage. Beth Kanter, who is based in the US, published an interesting blog recently and Third Sector also covered mobile apps, including the Scripture Union/Baigent Digital Wordlive app (one of only two charity iPad apps at the time of writing). For what it’s worth, these are my thoughts – based on observing people using my iPad – for the opportunities this growing channel offers charity communicators:

It’s not just Apple that’s getting a slice of the action. The world awaits the launch of three new tablets: the Blackberry BlackPad; the Lenovo LePad; and the Samsung Galaxy Tab. These will bring the tablet format to a wider audience. It’s also clear that it is very early days for publishers, newspapers and charities to understand how to best communicate through this format. The software for producing magazines is only in production; now is a moment of experiment, rather than a groundswell of opportunity.

For me, devices like iPads provide a fantastic opportunity to bring charity communications alive. If you think of a newsletter or direct mailing that can talk, move, laugh, cry and speak from the heart, which enables the supporter to respond there and then, it gives you a flavour of how your charity can communicate with 3 million people and rising. 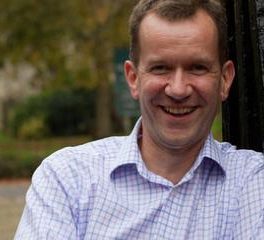 Convio is a leading provider of integrated marketing software and services for charities in the UK.