It’s OK to fail – especially when it comes to innovation

Failure, is an intrinsic part of the innovation process. Without failure it is impossible to imagine that you have created anything original or different from that which has gone before. If you don’t fail — you’re not taking enough risks.

Here Henry Rowling, founding partner of innovation collective Flying Cars, and former director of strategy and innovation at The Children’s Society, guides us through how it can be OK to fail.

The difference between talking about failing and actually failing

Many organisations talk about the need to fail fast and learn, but in practice building a culture that tolerates talking about failure and openly celebrates it is less palatable to those at the top of the tree. But why is that?

Modern life is now hard-wired to only show the good stuff — Facebook and Instagram are not plastered with pictures of people two minutes after they just woke up with dribble down the side of their face, wearing their 10 year old comfortable pyjamas — that’s the real story.

In sport we celebrate the winners and on very rare occasions the losers, and entire industries are littered with award ceremonies. Celebrating the latest success stories that really only tell one myopic side of the story — the public facing side companies and shareholders want us to see.

And businesses are full of humans that feel the same way. We want to appear competent at work as it helps us progress and get on. Charities face a further complication in this area — we don’t want to talk about our failures, because by implication we have not spent donor money well. That’s a tough sell internally.

How can we help to build a culture that embraces failure? The first major step is to normalise it. We need more people talking about their failures, more often. Like East African Play’s partnerships manager, Andy King, talking about what he learned in a year by making some mistakes.

How can we help to build a culture that embraces failure?

These are all mistakes I have made in the past: over complicating products, being too ambitious about capacity, over committing and not prioritising. Imagine a working world where we couldn’t admit to these things. It’s important to have a culture where we can openly talk about what has gone wrong in the past. We’d save money, stress and increase the impact for beneficiaries.

By reading about the kinds of mistakes other people have made, you can try not to repeat them in your organisation. Normalisation starts from the top, so if you can encourage your CEO and senior leaders to talk about some of their failures it gives permission to all other staff to follow suit. Without this it’s unlikely more junior members of staff will feel comfortable talking about mistakes they have made.

Part of the normalisation process has started within the charity sector and with social enterprises —which is why the Pizza for Losers movement is encouraging fundraising professionals to talk about the various failures they have endured over their careers. There are two events coming up in June, one in Newcastle and one in London, which aim to get people discussing and learning about failure.

Learning is impossible without a culture that encourages discussing things that have not gone well freely. And if you want to be an organisation that continuously improves then you must learn from the past.

Without a culture that talks openly about things that could have been done better people either try and bury campaigns or pieces of work that have not gone well, or they try and pass off badly performing campaigns as actual successes. For obvious reasons neither are healthy.

Happily organisations are starting to be comfortable in the F-word space. StreetLeague and Clic Sargent now talk about areas of the business that could have gone better in their annual reports.

Supporters, funders and stakeholders are intelligent — if you only present success you may lose credibility.

Facing rejection and feeling like a failure is part of a journey that in some instances leads to huge success. For instance, Oprah Winfrey was fired from her news reporter job at a Baltimore news station and Steve Jobs was famously fired from Apple.

I didn’t see it then, but it turned out that getting fired from Apple was the best thing that could have ever happened to me. The heaviness of being successful was replaced by the lightness of being a beginner again, less sure about everything. It freed me to enter one of the most creative periods of my life.”

The startup community is more comfortable talking about failure — it is an intrinsic part of that scene. Have a look at a fantastic resource called Failory for some of the common mistakes that people launching new ideas make.

Fail on the job

The DIAL IT UP innovation methodology we use at Flying Cars requires us to have processes in place to help minimise risk and allow for learning and adjustments to the business model. This will help you to incorporate learning as you test new ideas with the target market.

Specifically after the prototype stage we analyse the initial results, take time to understand the drivers and then suggest a pivot in a different direction if required, allowing learning on the job and creating a cycle of continuous improvement. Solid business case work can help mitigate and identify risks to help your organisation understand the level of risk they are taking on through your innovation work.

And in the spirit of sharing and normalisation, here are the top three mistakes I’ve made working in innovation over the years:

In innovation risk needs to be carefully managed. By definition you are trying something new, and there is not a track record of delivery for this new idea.

It’s worth establishing what the risk appetite of your organisation is. Some products are high risk high reward, while others are low risk low reward — discuss with senior staff what kind of innovation they think is best for the organisation. There’s no point working on disruptive ideas if others want incremental product improvements with existing audiences.

You can eliminate the risk involved in innovation by:

Henry Rowling is the founding partner of Flying Cars – an innovation, insight and strategy collective for beyond-profit organisations and cause-driven brands www.flyingcarsinnovation.com 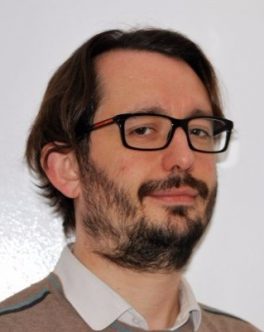