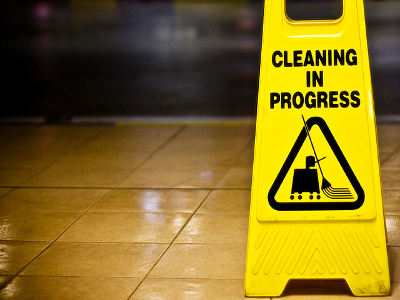 A grandee of the PR world once commented, “Do 10 things right and they don’t notice, do one thing wrong and they certainly do. It’s our job to get the 10 things noticed to bury that one.”

Why is it that some organisations seem to have shiny, ‘Teflon’ reputations that carry their name into people’s hearts, wallets and into the halls of power? Yet most of us are left pushing against a crowded, noisy world, trying to get the causes that drive us and the good we do out there, while looking over our shoulders for the reputational iceberg just waiting to trend.

The act of keeping a reputation spotless all too often focuses on the need to deal with the ‘bad’, when in fact the real work, and the real value to an organisation, is in building not just a resilient reputation but an engaging one.  One that isn’t just capable of withstanding ‘bad’ but puts you on the front foot.

Most ‘bad’ isn’t in itself a real threat to an organisation, although with the chief executive on the phone and trustees hounding you it can certainly feel like it. Most instances are ‘stone in the shoe’: minor and irritating pains that are inconvenient and need to be dealt with quickly but have no real impact.

The stronger the reputation, the easier it is to brush spots off. But, get too many of them and they distract you from promoting the organisation which, in a world where being out of sight is definitely being out of mind, is a major problem. The cumulative effect of these minor irritants can build, increasingly eroding the resilience of your reputation to a point where small things have a big impact and positive things don’t.

A constant stream of bad news also has a very negative effect on the way organisations are run. They create a bunker mentality, making management teams and trustees risk averse to innovative ideas or fearful of major initiatives, sapping the morale of staff.

Significant events, like financial mismanagement, have a profound impact but often go to the heart of an organisation and highlight critical failings. Whether they have a catastrophic result, rather than just a highly damaging impact, depends on how strong a reputation you've built and whether they are perceived as one off events that have been resolved, or just one symptom of a rotten organisation. There's always the hope that it can be buried but if it's an unfixed systemic fault then it will come out.

Which audiences are the most important in helping your organisation achieve its goals and how do they interact with you? A disproportionate amount of time and effort is often spent firefighting on peripheral audiences, rather than building a good reputation with core audiences.

Brand can be split into two elements here: preference and trust.

Preference includes those things that hook our audiences to engage with us, from tactical fundraising products and campaigns to more strategic policy positions. It is crucial in engagement but needs underpinning to have any real value.

Trust is the critical thing. It is why what you say is believed and underpins almost every aspect of any communications. By itself, it’s not enough to engage audiences, but without trust, all communications will be largely wasted. What trust comprises will vary from sector to sector, organisation to organisation and audience to audience. It's built not by making banal values statements or grandiose claims but by demonstrating them in action and impact, time and again. The real challenge is making it engaging and differentiating. Trust also goes to the heart of the organisation. Good brands are a ‘truth well told’, not overpromising or papering over the cracks.

With relevant content and the right channels a given, the trick is making sure that everything is seen to come from the same organisation heading towards a common goal. This goes far beyond slapping the logo on things. Done well, this gives a powerful context to each individual activity and draws together an organisation’s collective strengths.

Once these three things are in place, there's the day to day work of maintaining the reputation. Remember, reputation won’t make a bad organisation good but it can make a good organisation great.

Max is speaking at our Reputation conference on 21 May.