Learning from the old/preparing for the new

In a normal year the parliamentary research team at nfpSynergy spends its time either preparing surveys to send out to MPs on behalf of our charity clients, or reporting back to those same clients on what parliamentarians have said about them.

However this spring our spreadsheets remain unfilled, and our thinking caps aren’t yet on.

Why this lack of action? I hear my colleagues working on other research asking. Well, we are sitting in the calm before the storm. Within the coming weeks a general election is going to be called and not long after that a new cohort of MPs will be taking their seats in the House of Commons.

As we wait to see who is sitting in the new parliament, and on which side of the Speaker, is there anything that charities can learn from the parliament coming to the end of its tenure?

Here is where the age-old advice “put yourself in the other person’s shoes” comes in useful. In 2008, we asked MPs the following question: Imagine that you work for a charity and have a few thousand pounds to spend on lobbying MPs, which of the following would you spend it on? Please pick the top two. And what were the top two responses?

Consistently, and across the political parties, our research has shown that involving the general public and highlighting how an issue is relevant to MPs’ constituencies are two key ways for a charity to get busy parliamentarians to devote attention and time to their campaign. Indeed, this election year is the perfect time to remember that MPs rely on their constituents for their jobs.

If the issues your charity is working on are having an impact in a constituency, the MP will (well, should) want to know about it, and there is nobody better than their own constituents to convey the message.

The third most selected response to the question was “build a relationship with select committee and/or all party parliamentary group”. It’s important for charities to remind themselves that getting all MPs to support their campaign is not necessarily the best goal. Instead, you should devise a list of the key MPs interested in your charity’s area of work, and aim to convert them into champions of your cause.

Don't forget the House of Lords

One way to make an MP your cause’s champion is, well, to do some of their work for them. Politicians often tell us that an ideal situation for them is when a charity prepares a concise briefing for them on a subject that is about to be debated in the House. If an MP knows they can rely on you for the information they need, when they need it then a good two-way relationship begins to develop.

Finally, while much is changing in Westminster these days, it is also worth giving some attention to a body less inclined to change. The House of Lords can also be incredibly important, and many peers have strong, long-standing relationships with charities. Given that predictions of a hung parliament abound, charities should consider strengthening their relationship with key peers, as their role in shaping legislation could well grow after the election. 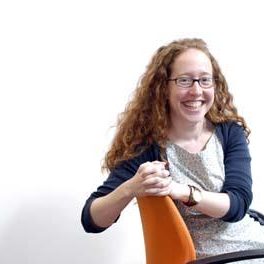 An experienced researcher, Gemma has conducted workshops, focus groups, and interviews with a variety of audiences with different needs such as service users, young people, politicians and staff. Before joining nfpSynergy Gemma worked on humanitarian issues for the UK Government.