Making words work for you – a distinctive voice

Could your charity be identified through its words alone? Brand language – choosing the best words and the right tone of voice – is something charity communicators are having to get a handle on. This is particularly true in the era of social media, where there is more dialogue with stakeholders, a greater need for up-to-date content, and where the visual elements of your brand can end up playing a secondary role.

As charity brand guru Dan Dufour says in Branding Inside Out, “People too often underestimate the importance of language within branding.” When I was at the Motor Neurone Disease Association, as head of comms, we only really started to consciously work on embedding a consistent tone of voice and key messages after we’d rebranded with a new logo and shiny new design guidelines. The prompt to do more on messaging and tone came about because we wanted to engage several thousand members – and our volunteers and staff – in a programme of change. But the successes and lessons learnt along the way have benefited MNDA’s external communications too.

Every brand element needs to work

It appears MNDA is not alone in increasing the emphasis on brand language: CharityComms’ 25 April seminar, Communicating core values through language and tone of voice has been hugely oversubscribed, showing this is high on many comms agendas right now. It’s clear that in an increasingly crowded marketplace, people are looking at every ingredient of brand to make sure it’s all working as hard as possible.

Brand language is becoming a communications discipline in its own right, especially because of social media platforms like Twitter and Facebook. Being able to employ a consistent ‘register of language’ and express some kind of personality – and sound human! – is critical to capturing and engaging supporters through these new channels. Rather than imposing strict controls on what people can write, establishing some straight forward ‘ground rules’ around messages, tone of voice and personality can actually support a more decentralised approach where people outside the communications function can get involved.

Lend us your voice

Self Communications has joined forces with CharityComms to conduct research into how charities are adopting and using brand language, and to capture and share the best practice we know is out there. The aim is to compile the findings into a report that will help you to:

If you haven’t already, do take five minutes to complete our short survey and let us know your thoughts. By contributing your own ‘voice’, you will be helping all charities shape theirs. 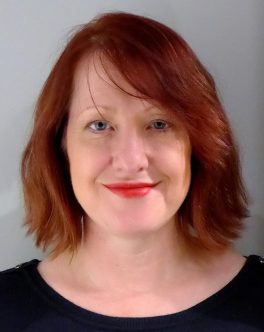