How to approach the ending of your mentoring relationship

A former mentee herself, Kellie Stewart has mentored three communications colleagues. The former communications manager at Bliss shares her top tips on managing the end of the mentoring relationship. “For me, talking about the end of a mentoring relationship starts in your very first meeting. With my three mentees, we agreed a 12-month timescale in […] 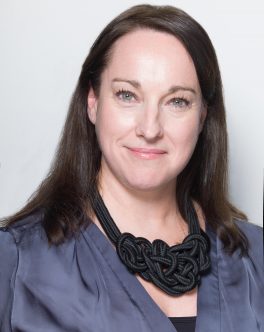 The former communications manager at Bliss shares her top tips on managing the end of the mentoring relationship.

“For me, talking about the end of a mentoring relationship starts in your very first meeting. With my three mentees, we agreed a 12-month timescale in the first session. Then, when it comes towards the end of this time, you can reference this and check you’re both still happy to end. If you don’t set that up in the beginning and you bring up ending later, the mentee might wonder ‘Why now?’

Being flexible and not taking things personally is useful when you’re approaching the end of your mentoring relationship. I worked with one of my mentees, a communications officer, for six months. He had taken on some PR work in his role, so wanted some insight into that. Towards the end, our relationship started to dwindle off as we tried to find times to meet. He emailed me to tell me that he was very grateful for my support and that he was going back to full-time education. Another mentee said ‘This will be our last session’ after about eight months. She was changing jobs.

I wasn’t frustrated at all by these endings. It was absolutely fine that my mentees wanted to end early. I was able to support them with what they needed and they no longer needed the support.

When you have agreed a final session, it’s nice to have a more informal one, perhaps meeting in a different place. The final session with the mentee I worked with for 12 months was much more informal. We met for a coffee, caught up as she’d started a new job and chatted about the whole year. It was an opportunity for us to recap and remind ourselves of her goals at the beginning. You could also explore what other support your mentee might need in the future and discuss whether you will stay in touch.

One of the main things I’ve learnt from being a mentor is setting clear parameters to make sure that everybody’s expectations are being managed. I think that’s important from the beginning, and helps you approach the ending, so you’re both on the same page.”

Read more top tips and guidance about being a mentor in our resources section.