Our Online Auction House: Using digital to diversify an event

The Sick Children’s Trust is the charity that keeps families with a seriously ill child in hospital together, by providing ‘Homes from Home’ where families can stay together and have one less thing to worry about. But this is only possible thanks to fundraising initiatives like our annual Supper Club – an event targeted at high net worth individuals.

In 2020 with the cancellation of in person events we had to get creative. So using digital to diversify this important event, we decided to emulate the Silent Auction element of our Supper Club – that helps us raise vital funds – by hosting it online.

While we wanted our online event to raise at least as much as the Silent Auction usually would in the in-person Supper Club, we needed to adapt both the event and the communications around it. By taking things online we were given an opportunity to open things out to a wider audience and we were keen to make the most of it.

Firstly, the name of the event was changed to ‘Online Auction House’, which is more accessible and ties in nicely with the ‘Home from Home’ service that we provide. Then, we ensured that we had a range of prizes, from £10 to £2,000, that we could leverage among our different audience groups.

Lastly, we worked with the fundraising platform Givergy to host the event as it enabled us to host a branded online auction with a simple sign-up process, plus gave access to our traffic and participant data. The auction was launched on 18 October, ran for two weeks and – spoiler alert – it was incredibly successful.

Here are some of the things we implemented along the way to help make the move online a success:

The outcomes that we’ll be learning from

Our most popular prize was the phone call from Michael Crawford, it proved so popular that we actually sold it twice, as someone who missed out in the bidding e-mailed us offering to match the top bid and Michael Crawford kindly agreed to the second phone call. Celebrity prizes are very valuable and gives us an opportunity to tap into online fan groups.

We had several ‘buy it now’ prizes which resonated well with our audience. These were tangible items for our ‘Homes from Home’, such as tea and coffee for families who are staying with us and new sofas. All these items sold out and they raised an incredible £5,076.50, so in future we will look to include more of these.

Some other prizes did not sell because it was incredibly difficult to promote with covid restrictions, such as a holiday to Marrakech. We now know we need to consider external factors more carefully when selecting and promoting our prizes.

It was difficult to maintain the momentum throughout the two-week auction. There was an initial flurry of activity, then a lull in the middle before a rush of last-minute bids. Now that we know this trend, we can plan our promotion to try and mitigate the lull.

The Bit.ly link that we implemented to track the interest of the event across our social channels got more clicks than others which we have had in place for over a year. The high level of interest was a pleasant surprise to us and means this audience should be carefully considered right from the planning stages of the event.

The Online Auction House proved to be a big success and a risk for the charity which has paid off. Within 48 hours we had raised £18,000 and when the virtual doors closed we had a total of £30,613, which is 50% more than our in-person auction. Our expenditure was just £2,200. We worked out that for every £1 we spent, including staff time, we raised £3.

We attracted a wide audience and a good mix of supporters with this event. Our audience analysis shows that we successfully diversified the audience with 17% of participants being service users of the charity and almost half were new supporters.

Lastly, we learnt that a flexible and agile approach to the communications around this event was the most effective way to work as by quickly adapting the plans we were able to maximise our success.

It has been a strong start for the event and we already have the wheels in motion for our Online Auction House 2021.

To learn more about engaging audiences online join us for The new rules of audience engagement in April. 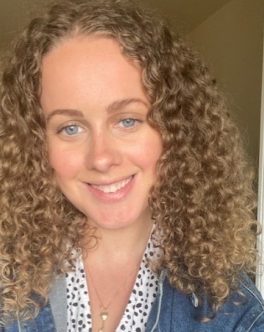 Emily joined The Sick Children's Trust, the charity dedicated to keeping families with a seriously ill child in hospital together, in April 2019 as their Marketing Officer. In her role she delivers the charity's bi-annual newsletter, works across departments to co-ordinate multi-channel marketing activity for fundraising and awareness initiatives, and helps with anything brand related. Before moving to the charity sector, Emily worked in a youth marketing agency. She is currently studying towards her Diploma in Professional Marketing.