Our team – Teens and Toddlers

What projects are you currently working on?

At the moment we’re gearing up for our graduate awards ceremonies; one in London on 12 February and a second, larger event at the Football Museum in Manchester on the 8 May. These will celebrate the achievement of young people who will have completed our flagship Teens and Toddlers programme (an 18 week programme which raises the aspirations of young people (age 13–17) by pairing them as a mentor and role model to a child in a nursery (age 3–5) who is in need of extra support). We’re also in the process of updating our website and producing marketing materials to serve our colleagues’ varied needs (the latest being a leaflet for nurseries for our project managers and business development manager). And, last but very much not least, we’re doing all we can to generate positive PR stories to raise the profile of the charity and the young people we work with. So all in all, we’re pretty busy!

What does your team do on a daily basis?

I try to focus mainly on PR and Jacqui Brelsford concentrates on the team’s marketing requirements. However, as a small charity, we inevitably end up doing a bit of everything to ensure it all gets done.

Quite a few of the staff work part time, so some days the office feels quiet and others it’s more like being in a game of sardines! Our graduates pop in for training, advice or to help us out with projects we’re working on, and it’s always great to see them. There are only two male staff members so it’s a female-dominated environment. We’re a chatty bunch – and we love cake!

How does comms fit into the rest of the organisation?

The comms department is relatively new, having only been established in April 2013, and despite some teething problems it has been generally welcomed as an important addition to the organisation.

What’s been your biggest achievement?

Hands down the film we created with our young people It was a really emotionally charged yet rewarding weekend of filming, and it reaffirmed the importance of what we are doing as an organisation. Also the amount of press coverage we’ve had, with credits including The Guardian, Children and Young People Now, Third Sector and a number of regional newspapers.

What are your biggest challenges? 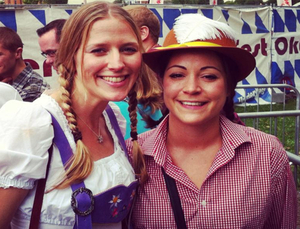 The biggest challenge we face is the fact we are a new team and it takes time to embed new working practices. We need to help our colleagues in other departments understand the importance and necessity of comms, but we also need to be patient and appreciate they have their own priorities.

What do you look for in people joining your team?

To succeed in a comms role you have to be tenacious, gregarious and thick-skinned – we like to think we’re all of those, and then some!

We want to hear about your comms team! Get in touch – rob@charitycomms.org.uk 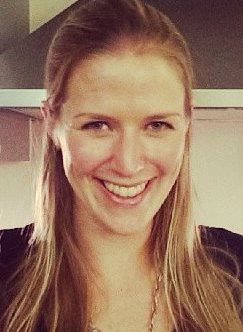 Belinda has worked in charity comms for a number of years for several high profile charities, including Ronald McDonald House Charities and the NSPCC. She joined Teens and Toddlers as PR and marketing manager in April 2013. In her spare time she is a freelance writer, and she is currently training for her first marathon – in Rome!