Ahead of the 2013 World Bank Summit, Oxfam GB used crowdsourcing to create a music video made up of thousands of photos and video clips from across the world to highlight the issue of land grabs (the buying of agricultural land in developing countries).

Original and engaging content was the obvious way to get this onto the media and political agenda, and to highlight the issue to world leaders. We decided to partner with Scoopshot to convey this in the most effective way possible. The app allowed us to crowdsource mobile photos and videos from its global user base of over 350,000 people. We were able to source our visual content ‘on-demand’, targeting the mobile users with a specific brief.

Calling on Coldplay and the community

We wanted to show that there is a growing global movement that demands decisive action is taken to put an end to land grabs. With this is mind, we solicited the help of Coldplay and music video and film director Mat Whitecross to produce a short film that echoed the notion of dislocation and displacement caused by land grabs.

The video that we wanted to produce would be part of our GROW campaign, showing that land grabs result in starvation, as poor families lose the land they rely on to grow food.

To portray this concept in a new and visually engaging way, we knew we’d need to tap into the creative minds of people across the world. Luckily, Scoopshot’s mobile photographers stepped up to the plate perfectly. We set a task asking them to move something personal or familiar from their home to somewhere it doesn’t belong or do an everyday activity that they would usually do at home, in a different and obscure place.

As a global charity, we strive to achieve long-term solutions to worldwide issues. Therefore it was important for us to involve the community directly in the creation of this project. By engaging the public from the beginning, we were able to show political organisations that there is huge public support for the cause.

We needed to source a large amount of content within a fairly small time frame, while simultaneously keeping costs to a minimum. The crowdsourcing service gave us the ability to target a large, engaged community who were able to provide us with the content we needed quickly.

Overall, the crowd contributed more than 5,600 photos and 800 videos in less than a month. Mat Whitecross then edited these into a five minute video, set to an acoustic version of Coldplay’s track ‘In My Place’ that has since been viewed on YouTube over 350,000 times.

We launched the video in 2013 as the World Bank convened its Annual Spring Meetings. Alongside a number of other Oxfam activities, the video helped in pressing the World Bank to work towards ensuring that the world’s most vulnerable people have their land rights respected.

By creating a music video to a well known song using unconventional images, we were able to engage both the public and political organisations in the unsettlement that land grabs cause.

To read more about the issue of land grabs, please see here. 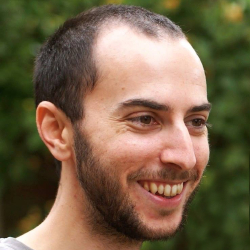 Al Kinley is a digital campaigner for Oxfam. He spends his days planning and producing content for social media, web, emails and videos.