Formerly senior social media manager at Cancer Research UK, Aaron is now head of social media at Endemol Shine UK. He trained as a journalist in Canada before moving to the UK in 2004 to work for the BBC. After seven years in radio, mainly at BBC Radio 5 live, he moved to the charity sector. He’s worked on a number of award-winning social media and digital campaigns, including Cancer Research UK’s Dryathlon and Stand Up To Cancer initiatives. 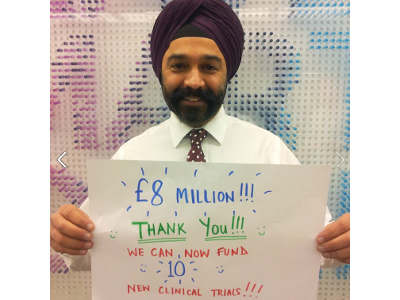 How Cancer Research UK raised £8m from a campaign they didn’t start
26 March 2014
We’ve been operating out of hours social media support for a year and it’s times like #nomakeupselfie that we can really see its value. Late on Tuesday evening, momentum was growing and people were starting to ask whether the campaign was ours. We tweeted to explain that it wasn’t, but that we loved the sentiment […]