Planet before profit: why FRANK Water took a chance and abandoned plastic bottles

You’ve all seen the Facebook petitions and shock images of seabirds with plastic filled bellies. The plastic waste problem isn’t new and at FRANK Water, the safe water charity founded by Katie Alcott in 2005, we’re aware of the problem.

FRANK Water started with a simple business model. We sell water to local businesses in Bristol. All profits fund our water projects in India and Nepal. To date, we’ve provided safe water and sanitation for nearly 360,000 people. The more water we sell, the more projects we fund. Consumers and stockists understood this model and demand for FRANK bottled water grew.

Not only was bottled FRANK Water helping to change lives. It was also the healthiest, most ethical option if you were out and about without a refill bottle, outweighing orange juice made from fruit grown thousands of miles away or sugar-packed fizzy drinks. But as the plastic problem grew and evidence against plastic (particularly single-use bottles) gained attention, we realised we had to think of an alternative solution.

How could we achieve the same outcomes without adding to the plastic pandemic?

In May 2017, FRANK Water took the bold step to end all sales of bottled water in single-use plastic bottles. The first bottled water company to do so. While the 500ml plastic bottle was just one of several budget lines for us, it was also our biggest and best seller. Not only would the move hit our bottom line, it had the potential to disrupt sales for our 100 or so stockists. How could we ensure they did not switch allegiance to a different brand to maintain business as usual? For this move to have maximum impact, we had to involve our stockists from the start, explain our motives, take them on a journey and encourage them to join us, offering alternatives that would help not hinder their business. We needed a campaign to ensure they’d stick with us. 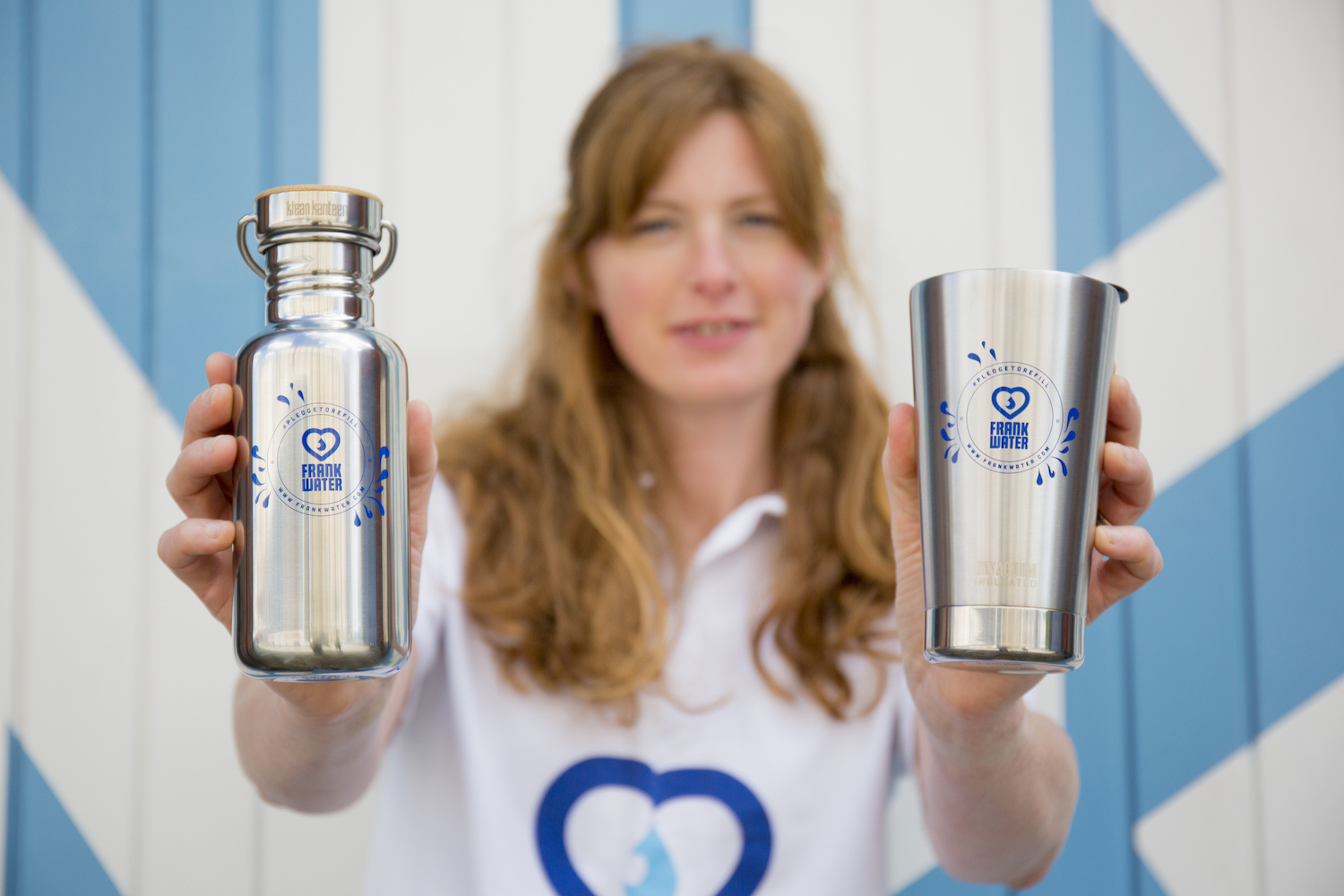 Around six weeks before the planned announcement, we contacted each and every stockist to let them know our plans. FRANK Water is a small charity with a big impact. Our name comes from the way in which we work – honest, open, straight-talking, frank. We weren’t comfortable simply sending faceless emails to our stockists –some of them who’d been with us from day one. Plus, because FRANK guarantees a minimum charity donation for every bottle sold, our bottled water has never been the cheapest brand on the shelf. This means that our stockists are prepared to make a smaller profit in order to support us.

It was critical to recognise and repay that loyalty by involving them in our journey from the outset. We allocated a FRANK team member to a section of the stockist list and called every bar, café or restaurant to explain what we were doing and why, to give them a chance to ask questions and to explain the alternatives. A month after the phone calls, we sent out a reminder newsletter with the deadline for final orders, our contact details and the alternatives on offer.

These included stocking FRANK bottled water in glass instead of plastic or ditching bottled water altogether and providing customers with free tap water in exchange for a voluntary donation to FRANK. Drink Me Save Lives has already proved successful in Bristol’s Thali Café. This chain of six restaurants has raised more than £20,000 for safe water by serving chilled, filtered tap water to customers and adding a voluntary 50p donation to every bill. With a highly successful case study under our belt, we could promote the scheme with confidence.

A month later, we followed up with a second newsletter and further phone calls and visits to stockists. From those ready to make the change, we gathered quotes to use in our press release, on our website and across social media, explaining why they were supporting FRANK’s move. With a few pioneers leading the way, we hoped others would take similar steps.

And we didn’t leave it at that. As well as a campaign to bring our stockists on board and a public announcement, we launched a campaign to change public behaviour. #PledgeToRefill called on consumers to carry with them a refillable water bottle (or cup) whenever they were out and about. We collaborated with our refill bottle partner, Klean Kanteen, to produce limited edition stainless steel bottles and coffee cups, all emblazoned with the PledgeToRefill logo. We worked with a brilliant local photographer to produce high quality images for use across different channels. And we enlisted support from a local PR agency to help us get the word out beyond our own networks. 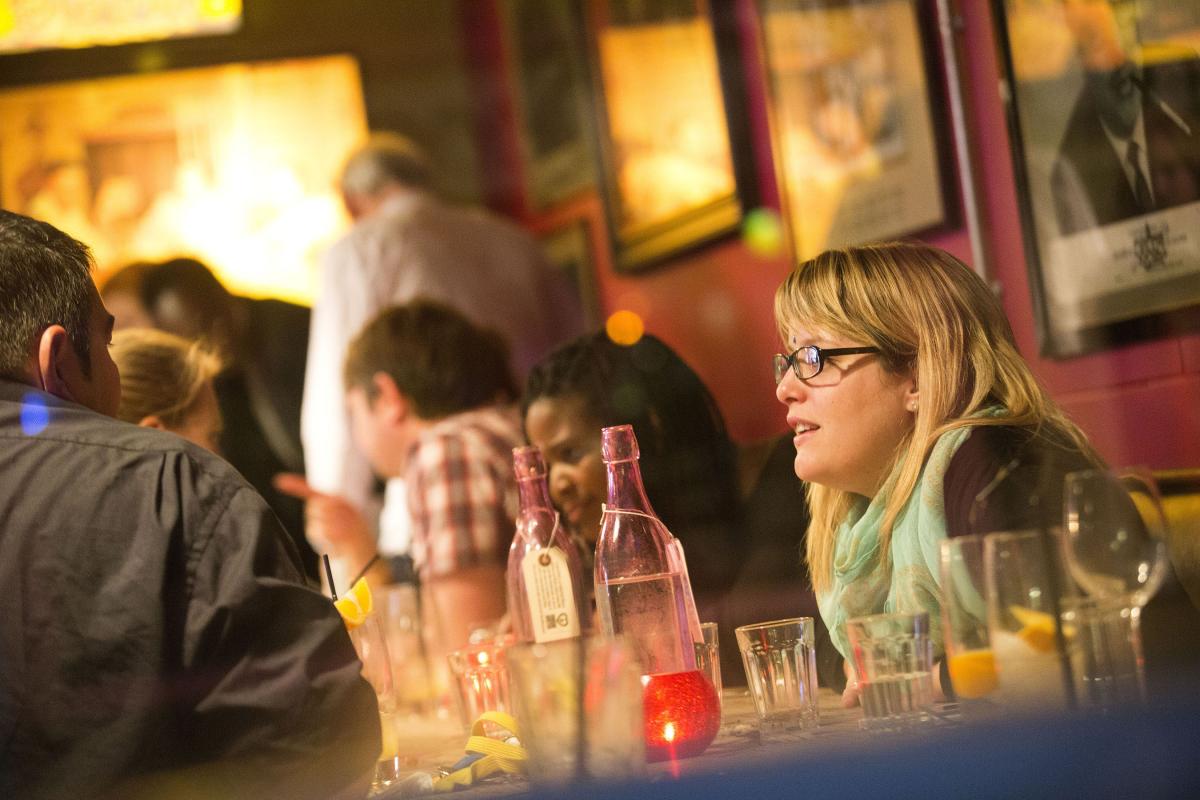 Hundreds of people made their pledge on our website, at events, festivals and talks. We contacted the media, broadcast the message through our own channels and asked partners to talk about it too. The campaign was picked up by local publications, Bristol Evening Post and Bristol 24/7 as well as on local radio stations, trade journals and bloggers. We received dozens of messages of support from individuals and local waste and recycling groups. Co-leader of the Green Party, Natalie Bennett even tweeted us!

Even better, a handful of corporates offered to donate £1 per pledge, helping us raise funds for safe water projects at the same time. The move set FRANK apart from others and made us unique – we were the first bottled water company to STOP selling water in plastic.

Rather than feeling hard done by, stockists became part of something much bigger – in fact, they led the charge! And while our bottom line has suffered, it hasn’t been hit as hard as we’d expected. More than a third of organisations who stocked bottled water in plastic have switched to glass. In fact, sales of bottled water in glass have steadily increased since May. Bristol’s Watershed – a thriving, buzzy independent cinema and café/bar said:

In response to FRANK Water’s admirable decision to stop selling water in single-use plastic bottles, we have switched our order to glass bottles. As a charitable organisation, situated on Bristol’s historic harbourside and committed to being as responsible and ethical as possible – in line with what our customers expect of us – we are pleased to be able to support this move to a more sustainable future for us all.” 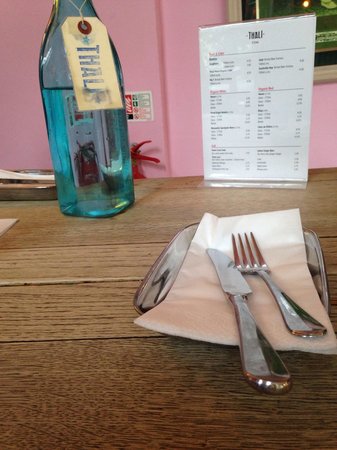 Making this move has paved the way for new partnerships and conversations too. FRANK has landed firmly on the sustainability map. Earlier this year, we were shortlisted as one of the West’s 50 Green Organisations by the Bristol Post, alongside big players such as Soil Association, Yeo Valley and Triodos Bank. Not only does increased exposure extend the environmental message more widely, it helps highlight our work overseas.

Your organisation is not just you. Whether you’re in the business of saving money or saving lives, a big business decision requires support from every stakeholder. We learned that consulting, including, and respecting our supporters could help us reach our goals. 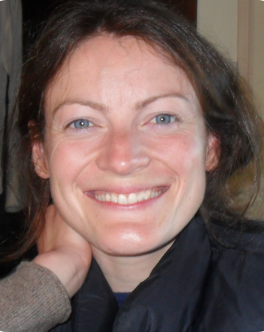 Claire works to raise awareness of FRANK Water’s life-changing work – why it’s  needed and the impact it has. Her role incorporates all staff and supporter communications and includes  copywriting, social media, web design and content and  media relations.