Home › Knowledge Hub › Case studies › Preparing the ground for a campaign launch: lessons from This Girl Can

Preparing the ground for a campaign launch: lessons from This Girl Can 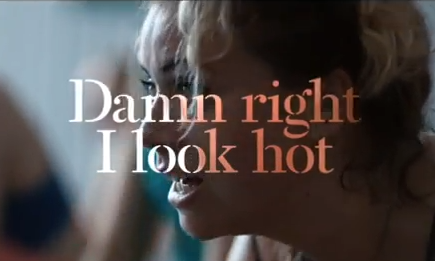 Launching a new campaign is always stressful. Is our creative right? Do we have the right media strategy? Have we got the tone right? Is the call to action clear? These were among the hundreds of questions we were asking ourselves in the weeks before we launched This Girl Can.

At the CharityComms Developing behaviour change campaigns conference, we explained how we used insight to ensure we were able to say yes to all of these questions and inspire millions of women and girls to get active.

But let’s be honest. Although you may tell yourself (and your boss or board) to have confidence in the insight, that won’t stop you fretting. If you are anything like me, you prepare the ground so that when you do go live, your campaign gets the best possible reception.

Getting our ducks in a row

Before the This Girl Can TV ad hit the airwaves in January 2015, we spent two months getting our ducks in a row. We wanted to make sure that when This Girl Can leapt into living rooms up and down the country, there was a welcoming committee ready to embrace it.

I was as sure as I could be that if the women we were targeting saw it, they would be positive about it. But I was also nervous that some people wouldn’t get it.

As part of our preparations, I wanted to gather some allies. We needed to have enough people out there who knew what we were trying to do and who would support us should we come under attack.

In the last eight weeks of 2014, a small team of us met with dozens of people we had identified as being influential on our audience – journalists and producers, politicians, industry leaders, bloggers and vloggers. Instead of seeking immediate coverage, we wanted them to understand the rationale for the campaign, the insight that lay behind it and the approach we would be taking. Rather than sharing all the creative, the team relied on facts, stats and pure passion for the campaign. I am pleased to say it worked.

Broadcaster Clare Balding loved the idea of the campaign and immediately asked to be involved. In fact, she loved it so much, she offered to host the screening we did for key stakeholders and talked about the campaign on every TV sofa she sat on in January 2015.

As well as building our coalition of influential supporters, we also wanted to recruit some regular women too. Again, we wanted to make sure we had a small cohort of well-informed women online.

We started with Twitter. We didn’t post much to begin with; we were very much in listening mode. Then we started to jump into conversations. A woman might tweet that she had intended to go to the gym but ended up in a coffee shop and @ThisGirlCanUK would come back with “at least the intention was there, better luck next time”. She might then respond and some of her followers might get involved in the conversation. I have to admit that I was very apprehensive about this. I really didn’t want people thinking we were spying on them but it worked because we got the tone right and only got involved where we added value.

By the time we went live with the ads, we had around 2,000 Twitter followers. The day before the ad was aired we encouraged our followers to watch out for it. And they did. The amazing 90 second version of our ad burst onto our screens in the first ad break of the 7.30 episode of Coronation Street on Monday 12 January 2015. Our 2,000 followers loved it, tweeted about it and within 12 hours that number had increased ten-fold and our online community continues to grow.

Our strategy to create a community of advocates worked – we have built an incredibly engaged group of supporters who love the campaign and get what we do. They are like family. And we treat them as such – we talk to them and listen, share experiences with them and tell them about things before we tell others.

It was hard work doing the ground work, especially when we were trying to get ready for the actual launch, finalising creative and doing PR to generate post-launch coverage. But it was worth it.

Tanya Joseph is director of business partnerships at Sport England where among other things she is responsible for the multi-award winning This Girl Can behaviour change campaign. In December she was named as Marketing Week’s Marketer of the Year and in June was named as one of AdAge’s Women to Watch.