Putting the myth to bed – our first integrated campaign

Mythbusting can sometimes be seen as a soft and fluffy aim, compared to a hard ask like campaigning, giving money, or a call to action like to get tested for HIV. But often, stubborn myths among the public may fundamentally hinder your charitable objectives, and so as strategic comms professionals, it’s in our interest to prioritise and lead mythbusting campaigns.

One of the biggest myths we face daily at Terrence Higgins Trust (THT) is the widely held belief that everyone living with HIV is an infection risk, and that they can’t ever date, have a relationship, a family or a sex life.

The reality is that people on effective HIV treatment cannot pass on the virus at all, so the vast majority of HIV transmissions come from people who don’t know they have it. This fact was proven by scientific research a year ago. But still, only 9% of the public believed this message when we asked 2,000 people in a YouGov poll.

Our strategic aims at THT are to prevent HIV, to help people live well with HIV and to amplify the voices of people living with HIV.  This myth undermines all of that by fuelling stigma and discrimination, which puts people off getting tested and directly contributes to the ongoing HIV epidemic. We decided we needed to prioritise this message and wanted to do something across the organisation, in a proactive, co-ordinated and creative way over the summer.

As a charity, our major opportunities for engagement have tended to originate from policy and campaigns, health promotion, or fundraising. Apart from World AIDS Day on 1 December, we don’t often deliver an organisation-wide campaign across all teams with a single ask and a single message. There is, however, a great deal of appetite to move towards this way of working, and the opportunity to challenge this myth was too good to pass up.

We developed Can’t Pass It On, our first integrated campaign which we launched at the end of June. It wasn’t a simple journey, and here’s what we learned along the way.

People often view comms as a support service, but Can’t Pass It On was a comms-led campaign.  We identified a need, and although it didn’t fit neatly into one team’s area, it was of fundamental strategic importance to us all, aligned with the strategic aims of the organisation. As the comms team, we were well positioned to make a campaign like this happen, as a team that’s connected to every part of the charity as well as to the general public, via the national media and social media – often where myths and stigma most reside. We wrote a proposal for the campaign, and the rest was history.

With limited resource, being specific and targeting your messages is essential. But this doesn’t mean the wider public should be left behind. In the case of HIV, awareness is better among targeted communities who have received a lot of HIV prevention messages over the years. However, much of the general public haven’t heard HIV messages since the 1980s and so their attitudes are decades out of date. If their knowledge of HIV is out of date, stigma will prevail.

The fact that people recieving effective treatment can’t pass on HIV isn’t new news – the research proving this is a year old, yet the vast majority of people still don’t know it. One of our challenges was making it feel new enough to make an impact.

We opted for a bold visual style, almost like a public announcement, and commissioned a YouGov survey to generate new data, which showed a worrying amount of people would avoid dating, playing sport or giving first aid to someone on effective HIV treatment. This worked as an engaging news hook, and we complemented this with emotive real-life stories of people living with HIV, from mums to happy couples, talking about what it means to them to be uninfectious.

This worked. To date, we’ve generated around 100 pieces of press coverage about the campaign, including 38 case study stories featuring real people’s voices, in the Guardian and Metro online. Over the launch, we generated 20.5 million opportunities for people to find out that those on effective treatment can’t pass it on, with several more stories still to come.

4. Invest the time in buy-in

We were conscious that this is a sensitive message and the public could misunderstand it, thinking it promotes condomless sex. We therefore spent the first couple of months building our rationale and medical narrative, to show why this is an essential and responsible message to get across, in order to beat HIV transmission and stigma.

After conducting a staff survey, we realised many staff were not confident in explaining this message, but wanted us to do more to promote it. Our medical director delivered a lunchtime talk where staff could ask him all about the science behind the message. We also produced a Q&A which was sent to staff, volunteers and published on our website. We put all our messages through the Information Standard process to ensure they stood up to scrutiny.  This groundwork felt like a long process, but it was 100% worthwhile as the messages landed exactly as we hoped.

The risk of repeating and amplifying a negative is pertinent within any mythbusting campaign. The last thing we wanted to do was inadvertently stigmatise people living with HIV by getting this messaging wrong.

We therefore tested our messages extensively using Survey Monkey and a scoring system, based on categories such as shareability, believability, relevance, clarity and stigma removal. Over 650 people responded, including 190 people living with HIV and 450 people who have no connection to HIV or THT, giving us valuable insight as well as confidence in how our messages would land with the public as well as with our service users.

6. One email, one call to action, one shared goal

For the first time, we sent one single email to every email list – regardless of whether they were a fundraiser, a volunteer, a member or a donor. It was a personal letter from our CEO about how he is living with HIV but can’t pass it on.

We had a lot of conversations about the call to action in our cross-team working group. After considering having two calls to action, one for awareness and one for fundraising, we unanimously felt this weakened the impact. The level of awareness around this message is so low amongst the general public that our primary aim must be to deliver the message as far and wide as possible.

Instead, we asked all of our audiences to help us amplify this message, with one simple ask – share, and help us bring an end to HIV stigma.  The share button on our landing page and in the email allowed you to tweet an impactful graphic carrying the main message.

The results spoke for themselves. We achieved our most retweeted tweet of all time when we launched the campaign, with retweets from Stephen Fry, David Walliams, Olly Alexander from Years & Years, Owen Jones and Matt Lucas. The launch Facebook post became our most ever shared post, which reached half a million people, while traffic to the website skyrocketed. We did not push a donation ask, yet had a number of individuals and community groups make one-off contributions, citing the Can’t Pass It On campaign as their reason for donating.

We first had the idea for Can’t Pass It On in February, after our budgets had already been set for the next financial year. We wanted to launch the campaign in June so we could launch the campaign during Pride season and take it to Pride events across the country. That gave us four months, and no dedicated budget! The project team rallied together on all sides to make it happen. We pooled our resources and used an amazing volunteer photographer and in-house designers.

In total, we spent £750 on the YouGov survey, around £100 on boosted Facebook posts, covered travel expenses for our case studies, and used the existing Pride budget towards campaign placards and a banner. For a low budget campaign delivered against the clock, it punched well above its weight.

The whole HIV sector is passionate about this message and we therefore found lots of other organisations were excited to amplify the campaign on social media. We were also pleased to receive enquiries from sexual health services and other charities, even some overseas, asking if they could use our materials and graphics on social media.

The answer, of course, was yes. We want as many people as possible to know the message, so why would we create barriers?

With its bold blue visual identity, it’s visibly a THT campaign, but the spirit of generous leadership is very important to us as a charity, and the social media reach on launch day would never have been possible without the incredible support from the wider sector.

The project ended up having a much wider scope than we even envisaged and we’ve learned a lot along the way. Most importantly, it showed us what can be achieved when a comms campaign unites an organisation around one key aim and message. It was incredibly rewarding and motivating for everyone at THT to see the comments and tweets from the general public saying ‘Wow! Really? I never knew this before!’. Ultimately, that’s what it’s all about. 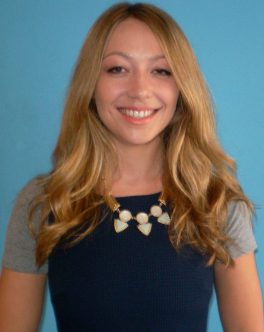 Emily Rosselli is head of media and PR at Terrence Higgins Trust, where she has led major PR campaigns including World AIDS Day and Can’t Pass It On. Emily has worked in not-for-profit communications for ten years, with previous roles in local and national health charities including Anthony Nolan, Asthma UK, Hospice UK and St Cuthbert’s Hospice. 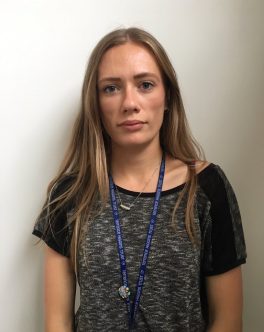 Victoria Bishop-Rowe is the press and social media officer at Terrence Higgins Trust, having previously worked in political communications. Victoria is passionate about amplifying the voices of people living with HIV, social media campaigns and challenging myths and stigma in all forms.