Previous films for Parkinson’s Awareness Week had been classic charity films – focusing on research trials, or aiming to tug on the heartstrings by featuring a case study. This time we wanted to appeal to a wider audience.

More than three quarters of people in the UK know little or nothing about Parkinson's. That’s why Parkinson’s UK used Parkinson’s Awareness Week (7-13 April) to launch a short film explaining very simply: there’s much more to the disease than you might think.

The ambition for Parkinson’s Awareness Week is to raise awareness of the condition with a cold audience – people who know nothing or little about it.

But Parkinson’s is a complex condition that affects everyone differently, making it almost impossible to explain quickly and easily.

We wanted something that would appeal to and be easily shared by those who can help us raise awareness. The film itself is a simple story that shows there is more to Parkinson's than you might think. It purposely appeals to people's emotions encouraging them to share it and help get our message out to more people.

The film links to a web page where the public can learn more about how people with Parkinson's can lose control, and to help the public recognise the symptoms.

We’d never done a film like this before so needed to get buy-in from our senior leadership team. To reach a new, cold audience we needed something bold and different – something that didn’t look ‘charity’. We wanted to make a film where the character and story came first and the awareness message was second. By getting the audience interested in the character they can empathise with them, and their Parkinson’s.

The project was developed by the creative services and marketing teams, and championed by our AV producer. Our combined skills meant the film could be made in house, on a limited budget and focused on the communication outcomes we needed to achieve. These factors helped get organisational buy-in from our external relations and senior leadership teams.

How we made it

The film is inspired by and features real people with Parkinson's. Our lead, the voice over and many of the extras in the film have Parkinson's.

We kept to a small budget and cut costs by doing as much as possible in-house. We even wrote and recorded the soundtrack ourselves! Also, with us having a good relationship with an equipment hire company we secured £15,000 of camera equipment for free.

Bumps along the road

This was always going to be a risky project as it was the first time we had done a film of this nature. Early on we identified the risks and set about finding ways to mitigate them.

For example, our shoot was at 6am in the morning and our lead actor had Parkinson’s. What would we do if he was having a bad day or his medication didn’t kick in on time? To take the pressure off, we had an understudy who also had Parkinson’s but whose symptoms were less advanced.

We were also careful to involve the right people at the right time and keep them informed throughout the process. Senior leaders, a user panel of people with Parkinson’s and user testers who could give us input from a member of the public’s perspective. This was invaluable in helping to craft the script and secure sign off.

By the end of Parkinson’s Awareness Week our film had more than 62,000 views on YouTube and the Facebook posts sharing the film reached more than 243,500. We had limited budget to promote one of our Facebook posts and YouTube pre-roll adverts.

The average view time was 50 seconds (of a one minute film) – which is when the story finished and text appears on screen. So we know most people watched the story right the way through, and then tuned out when they thought the ‘credits’ or call to action kicked in. Despite some viewers missing the call to action on screen (which was essentially driving them to our website to find out more about Parkinson’s) 4% of our viewers clicked through to our website (nearly 9 times higher than the average click through rate for InStream video ads according to Pointroll’s 2013 benchmark report).

We want people to know more about the condition, recognise if someone has Parkinson's and react in a supportive way. Changes in public perception can be gradual, but eventually they will build to a shift in attitudes if we keep getting the message out there. Parkinson's Awareness Week is one way we can take people on a journey with us to build their understanding. 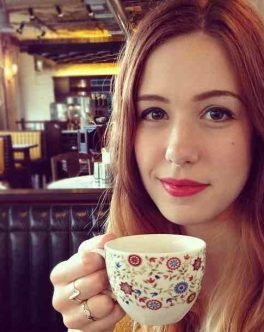 Clare has been at Parkinson’s UK for just over two years. She provides specialist marketing leadership for the charity’s information and support services, research directorate, volunteering team and local group network. She also works on campaigns to enhance the reach, profile and impact of Parkinson’s UK.