Refuge at the Sole Communicators Group 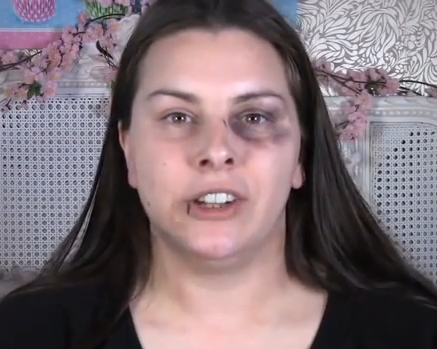 Our latest meet up was on creative campaigns, and we were lucky enough to have Helen Jones, communications executive at Refuge, to present on its hugely successful campaign Don’t Cover it Up.

A bit of background

Refuge is a national domestic violence charity which supports 3,000 women and children on any given day. It provides a network of services, from refuges and advocacy to community outreach. Helen provided some truly shocking statistics:

How the campaign came about

The charity was approached by BBH, an agency it had worked with in the past, who wanted to offer pro bono support. They pitched an idea to reach a notoriously difficult audience: teenage girls. Over half of teenage girls have witnessed domestic violence and 48% think it is acceptable for a boyfriend to get aggressive. The most disturbing fact was that 1 in 5 of 16-18 year old girls do not recognise hitting, slapping or being pressurised into sex as domestic violence. Clearly this had to change.

Teenage girls are the biggest users of social networks and create their own social space where they don’t have to listen to anything they don’t want to hear. For them, social media is very personal and they connect with people they will never meet face to face but who they feel a bond with.

Lauren Luke is a YouTube make-up vlogger who has over 400,000 subscribers, most of which are teenage girls who see Lauren as an older sister. Lauren agreed to use her reach to get out a message that this audience would never seek out themselves.

Apart from the huge amount of press coverage the campaign received, the biggest measure of success can be seen in the 5,558 (and counting) YouTube comments, like these: