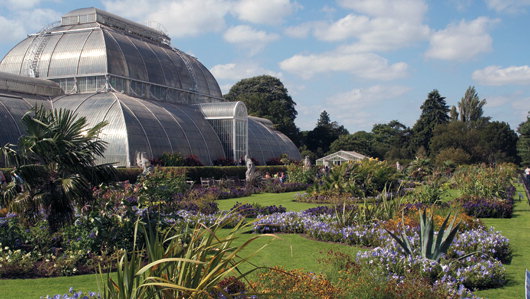 What makes your department so strong, and how have you ended up on the award shortlist?

We are a small in-house team with a very limited budget (c.£10K yearly campaigns budget); as a result we are creative, strictly prioritise and run focused press campaigns. The foundation of our success is planning and prioritisation: we have to be incredibly organised given that we are such a small team, with a huge volume of work and very broad spectrum of stories to promote – from science and horticulture to the arts. We are ambitious for ourselves and Kew in terms of the campaign targets that we set, and we’re all incredibly proud to work for such an esteemed organisation.

Are there any specific initiatives you think may have contributed to your nomination?

The three major campaigns that fell into the period that the 2010 PR Week Awards cover are:

All achieved significant, quality coverage and were delivered by a small in-house team of 4 without any additional support from external agencies.

To make this happen, we try and anticipate everything a journalist may need when covering our stories. The last thing we need when we are in the midst of a large campaign, and at our busiest, is to have to source additional pictures or facts because our preparation has not been thorough.

Key elements of our press releases are:

We work very closely with our digital media team on developing supportive online content for all of our major press campaigns. This content is available for use by journalists, but it's also developed to ensure that people who have been driven to our website by a news piece have some fresh, more in-depth content that unpacks the story further.

What are you three top tips for other non-profits looking to improve their PR?