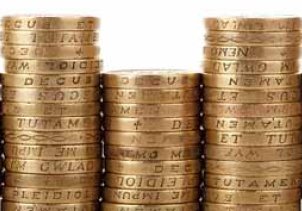 They say you can’t teach an old dog new tricks. If you could however, you’d be quids-in in the charity sector: marcomms directors of animal and education charities are the highest paid in the field.

That’s just one of the fascinating insights revealed by this year’s Charity marketing and communications salary survey  produced jointly by CharityComms and recruitment consultancy TPP Not for Profit. Over six hundred professionals completed the survey and the results show a snapshot of average salaries by seniority, area of expertise, type of contract, size, type and location of organisation and gender of respondent.

There are slight but encouraging signs of an upward shift in comms and marketing salaries. While 60% of respondents felt that salaries have not changed much in the past year – the same percentage as last year – the number who felt that salaries had increased has gone up from 17% in 2013 to 26% this year. This increase in optimism is reflected in some of the reasons given by those seeing an increase, which include:

On this last point, one in two comms and marketing professionals feel their role has become more valued over the past 12 months. “Charities are starting to see that this area of expertise is worth investing in,” said one respondent. “More recognition that it is key to [the] success of other activities,” said another, while a third said simply: “We have become visible.”

Not everyone is as positive, however. The key reasons seen for salaries staying the same (60%), or even decreasing (13%) are a negative image of the reasons for optimism:

Disappointingly, given the higher number of women working in comms and marketing within charities, women are being paid 15% less than men. Come on, folks – we might not be able to sort out the economy single-handedly, but we can surely have a go at this old chestnut?